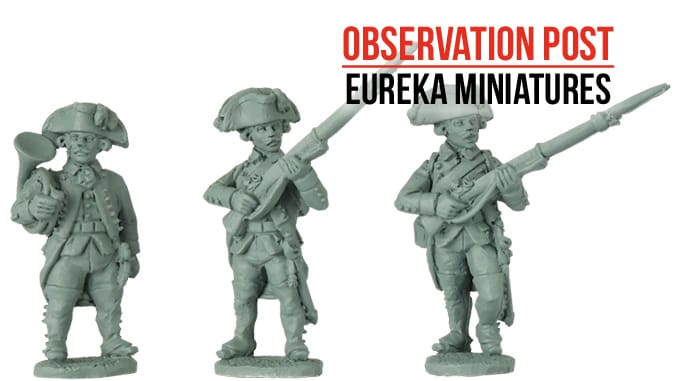 Eureka Miniatures have added to their Wars of the French Revolution range with some new Piedmontese.

The Piedmont is actually a region of Italy, although the region borders France. During the French Revolution, the region was granted Client Status by France as first the Republic of Alba and then the Piedmontese Republic. Consequently, Piedmontese troops were part of the French armies of the Revolution, fighting on behalf of France as their allies.

Each of these figures is pleasingly ‘chunky’ and very well sculpted, with plenty of detail that cries out for washes or similar. Although the faces are a little ‘bland’, the character is actually in the uniform, something I’ve certainly never typed before! By ‘character’, I mean the uniforms on each of the figures are sculpted down to the minutiae of buttons, claps and buckles, but retain the ability to be easy to paint – these aren’t ‘fussy’ miniatures, just really good figures that reward the quick or patient painter in equal measure.

Eureka can be relied upon to offer quality figures for a variety of unusual or little featured topics. Always worth a browse, you now have three potential websites to visit, the original Eureka Australia, Eureka USA and the ‘new kid on the block’, Eureka UK.