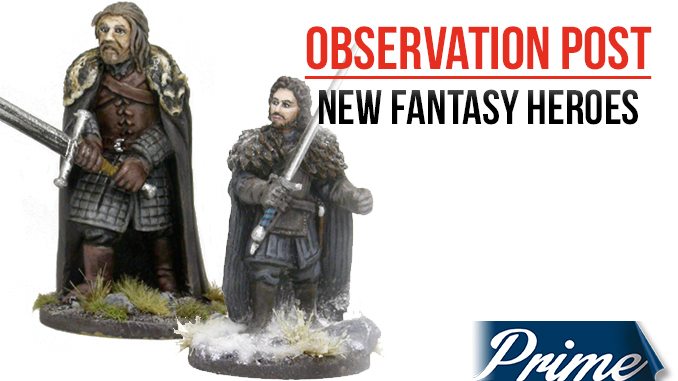 We caught up with German figure manufacturer Elladan at the recent Tactica show in Hamburg and were handed a few samples of new and forthcoming releases in their ‘Fantasy Heroes’ range.

All of the figures seen as close ups here are two-part casting, with the first two being ‘Heroes of the North’ and the two beneath as yet unreleased/unnamed.

Elldan were displaying their figures (along with some unconnected miniatures from the Frostgrave range) as part of a ‘North of the Wall’ SAGA game at Tactica. You will find a video of that game and a few more photos of the figures below.