Edward the Elder – King of the Anglo-Saxons, Forgotten Son of Alfred 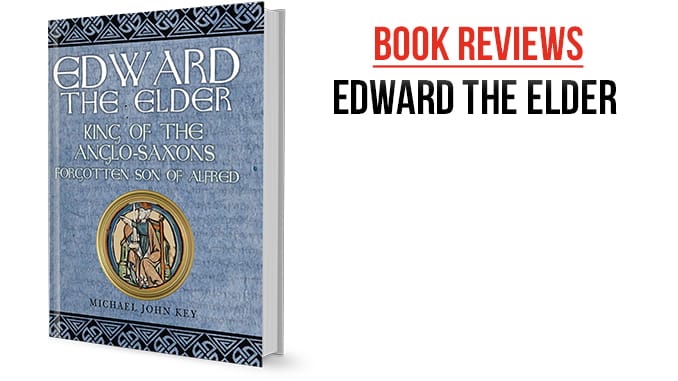 When the first sentence of the first chapter has the author praising his own book, it gets my bristles up … and classifying Edward the Elder as “forgotten” does the same. Not a good start for a review. But, fortunately, Key manages to rescue himself and his overall well-researched and readable account of the Anglo-Saxon king that took on the mantle from the cake-burner Alfred, the Great no less. Big shoes to step into.

And herein lies the problem: Edward is not so much forgotten as far less within the public mind than his father, less sexy than his sister Æthelflæd, Lady of the Mercians, and as badly documented in contemporary records as his successor Æthelstan. Then again, how do you follow such a star performance as Alfred gave? Edward certainly not by studious learning (he was called “much inferior to his father in the cultivation of letters”), yet at the same time he achieved military victories against the Danes that surpassed Alfred’s, and was called “most invincible” by chroniclers.

All this and more is retold in great detail by Key, by going back to contemporary sources, later chronicles, and doing some inspired guesswork he manages to paint a quite vivid picture of the life and times of Edward. Maybe as good as it gets, unless new sources come to light.

Primarily this book is aimed at those interested in history, in a general way – battles and campaigns are part and parcel of this, but a military monograph it is not. More bedside literature than a handy reference kept near the games table, to be honest. So is it of any value to the wargamer?

I’d say “Definitely!” If only to highlight the fact that the wars of the Anglo-Saxons against the Danes (and other Johnny Foreigners from the Scandinavian and North German area) did not stop with Alfred. And that there are many more battles to be refought on a tabletop. In fact, different campaigns as well – whereas Alfred was definitely more of an academic, his martial prowess more than often was in a defensive role. Edward, on the other hand, took the war to the Danes, a much more aggressive ruler. Winning hearts and minds might have been his father’s forte, his own speciality was breaking bones and skulls.

The good news for those now groaning “not another army to collect and paint” – swap your Alfred for an Edward and you are set to go. After all, their wars were fought with much the same troops and enemies!