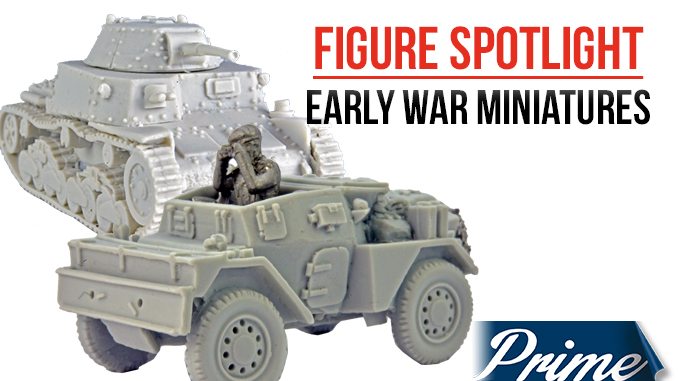 Early War Miniatures is one of the most prolific providers of resin and metal miniatures on the UK and European scene. As the name suggests, they specialize in vehicles and figures from the early part of World War Two but also have ranges for World War One and the Inter-War Years.

Here we have an Italian M13/40 Tank, used during the Desert War and beyond, despite being outclassed by almost every other nation’s armour. This is a ‘rapid build’ resin kit, ready for action with a coat of paint!

Used by Allied forces, this armoured car was largely used as a reconnaissance and command vehicle. This forms part of a set of six that can be found on the website.

The company also has a vast number of the more obscure nations and vehicles from the periods covered, including for theatres that no one else really has in 20mm.