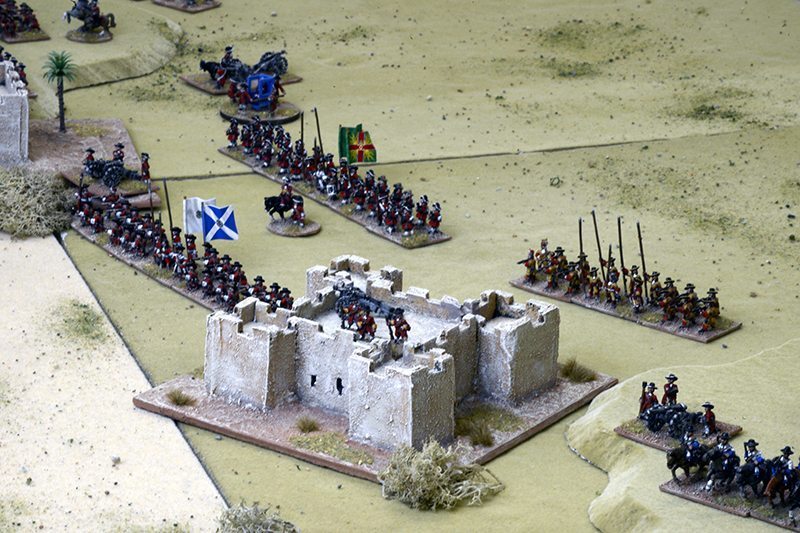 English Tangier – not necessarily something that comes instantly to mind when you think about the colonial history of the United Kingdom. Yet, in 1661, the port of Tangier, now part of Morocco, became an English possession and under the sovereignty of Charles II. Our good friend Pete Brown, being a chap who likes to explore the more obscure colonial wars, turned up at WI HQ with his collection of 15mm figures for the Battle of Tangier, which involved an assault by thousands of Moorish warriors against a vastly outnumbered collection of garrison troops taken from the 1st and 2nd Tangier Regiment, King’s Battalion (composed of elements of the Grenadier and Coldstream Guards) and the Royal Scots. You can read more about this in a future issue, allowing you to contemplate the spectacle of musket armed British troops fighting a long way from home against an implacable enemy way before the creation of Victoria’s Empire.