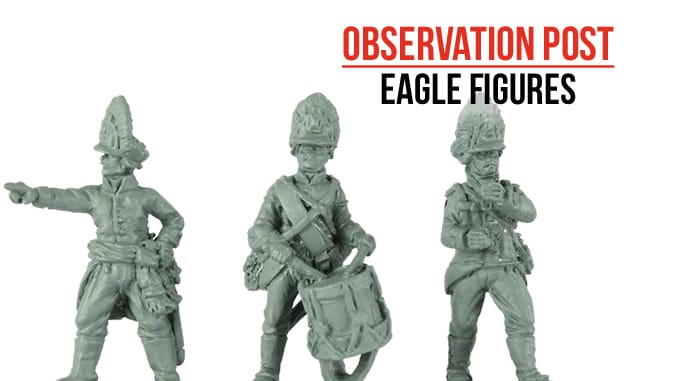 Eagle Figures are diversifying their Napoleonic Era ranges to include Grenadiers for the Austrian Empire.

These are all wearing the standard Grenadier headwear and uniform associated with the period. A great deal of care has been taken to not only ensure the accuracy of the uniforms but also the level of detail, including the equipment worn and small touches that more accurately portray Grenadiers ‘in action’ rather than ‘on parade’. The sculptor has also made an effort to provide the type of ‘deep details’ that aid the painter.

All the miniatures form Eagle Figures have a similar level of quality. The sheer breadth of the ranges on offer guarantees you’ll be able to find something for your army or encourage you to start a new one.