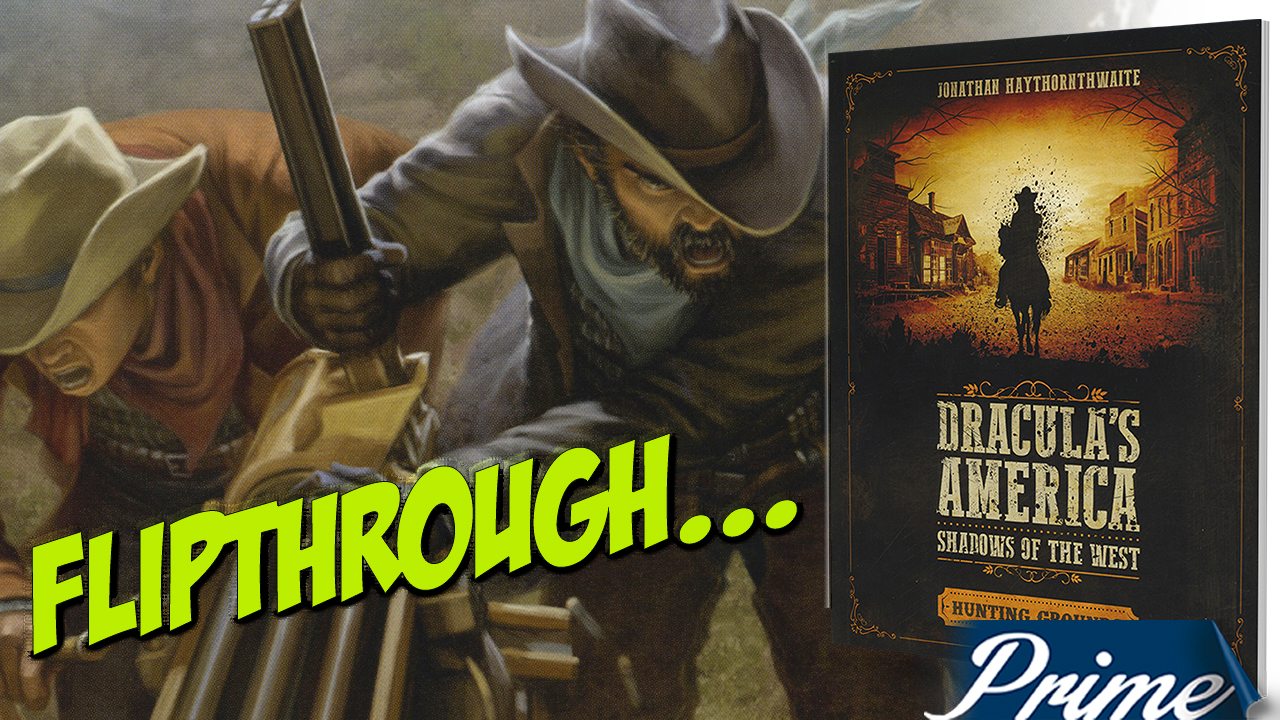 This softback book is up to the usual high standards we have come to expect from Osprey, and begins with an interesting introduction to the new setting of the Indian Territory, with background on the Black Hills, Deadwood City and the mysterious Hunting Grounds themselves, an area sacred to the Sioux Indians but the home of Animus, the ectoplasmic substance desired by Arcanists and worth a fortune.

The New Game Rules section begins on page 13, dealing with the nature of the Hunting Grounds, the rules for using Arcane Powers whilst in the Spirit Realm and the potential perils of over-use of an Arcanist’s powers. The Hunting Grounds are a place where the walls between the mortal and spirit worlds are very thin, so there is an abundance of Entities within the area, most of them new to the game environment.

A number of new weapons and Arcane Powers are outlined. These include Muskets and various close combat weapons, the rules for which were missing from the core rulebook. New arcane powers are detailed, with rules for Spiritualist, Shamanic and Diabolic powers to be used by established Factions.

There are two new Factions in the supplement, plus rules to expand upon the Skinwalker Tribes. The Forsaken are the survivors of the 7th Cavalry, who were not killed but Accursed, forced to endure life as shape-shifting Beasts and hunted Outlaws, living beyond the realms of man. In contrast, the Shadow Dragon Tong are a Posse that has chosen to follow the Dark Path, a criminal organization backed up by specialist arcane powers, magical tattoos and the ‘Ghost-Men’. Lastly, there are rules and additional details for theming your Skinwalker Posse, whether you choose either a Plains, Desert, Woodland or Mountain Tribal background.

The main rulebook contains a great campaign system, which is expanded upon here with a number of new skills, gear (including suitably themed supernatural items), new Hired Guns and the ability to add a Gatling Gun to your Posse. There are also new options for the ‘down time’ between games, including the option to undertake a Vision Quest, Encounter Tables, creating your own Territory and Hideout, Finding Animus, how Outlaw Posses are created and work within the rules, undertaking a spot of Bounty Hunting and hiring Mercenaries.

Also included is a Narrative Campaign, with scenarios that can be used as a number of ‘standalone’ games but actually go together to advance the whole story of Dracula’s America itself. In fact, depending upon the choice of Alliance of each Posse (Order or Chaos), the overall outcome of the Posse directly links to a choice of Aftermath, which is rumoured to have an effect on the events of the next supplement…

This supplement adds a great deal to the game background and provides players with a whole new series of options. This is a must-read for those who are fans of the game and builds upon the core rulebook’s concepts. The rules and ideas are well-balanced with some evocative artwork and is very clearly laid out. An excellent and useful book that has something for any but the most casual of players.