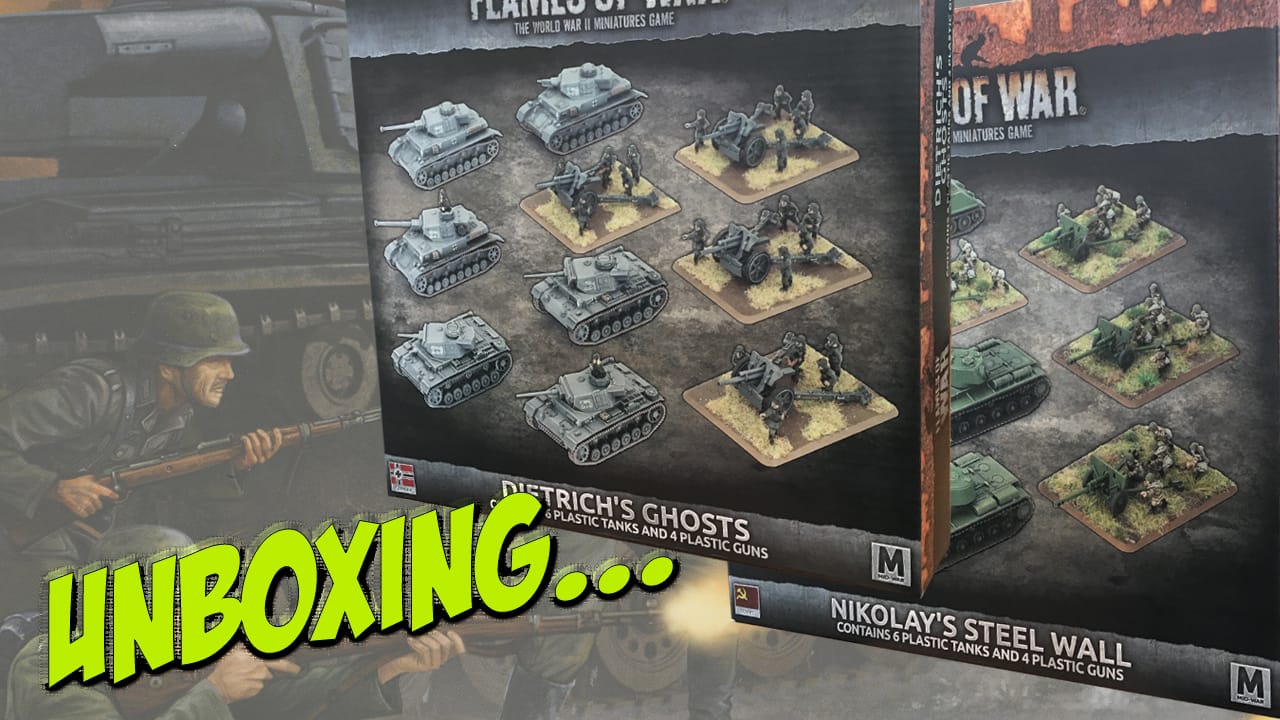 ­­Battlefront continue to support their recent Flames of War releases for the Mid-War period with these two boxed sets for use on the Eastern Front.

The first is Dietrich’s Ghosts, designed to get players started with a new German force or bolster what they have already. This set includes enough parts to construct 3 plastic Panzer III tanks and 3 plastic Panzer IV tanks, giving players the ‘punch’ provided by two of the top German tanks of the mid-war period. These are simple kits to build, yet nicely detailed. As well as the Panzers are also 4 plastic 10.5 Howitzer kits included, allowing you to field this artillery piece as a unit.

The Nikolay’s Steel Wall set is focused upon the Soviet army, and contains 3 plastic T-34 (Early) kits and 3 plastic kits enabling you to construct either a KV-1, KV-1s or KV-8 tank. Also included are 4 plastic 76 or 57mm guns, again adding some suitable artillery support to your force.

Both army sets contain 2 plastic sprues of tank commanders, plus 4 gun crews for use with the artillery. There are also decal sheets and relevant unit data cards for all the options possible with the contents, including special rules and variants.

As these are designed to function as ‘starter’ sets, there is also an A5, softback, mini Flames of War rulebook included in each box, which is also a useful option for those looking to avoid carrying the weight of the hardback.

Full information on the contents of these boxes can be found in the relevant army books, either Iron Cross for the Germans or Enemy at the Gates for the Soviets.

These starter sets offer great value for money for gamers, plus are usually the fastest way to get newly released 15mm miniatures for Flames of War.