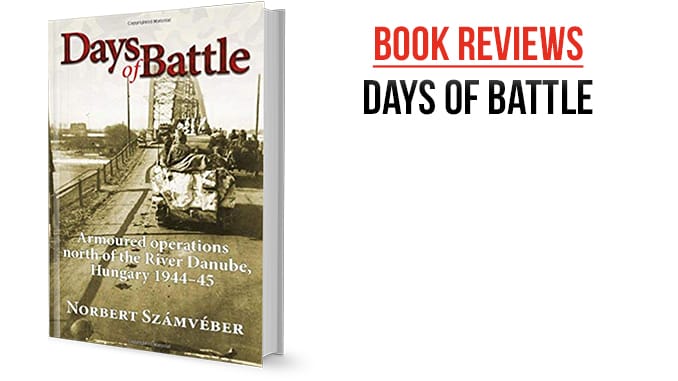 This is the best of books, this is the worst of books … you’ll either love it or hate it, or sit firmly on the fence like the reviewer, trying to be fair. Számvéber supplies a comprehensive account of the battles in “Upper Hungary” (Felvidék, now part of Slovakia) during 1944 and 1945 that involved the advancing Red Army and the German and Hungarian troops opposing them.

And what an account – the detail of the day-by-day, blow-by-blow description is fascinating, and will be welcome to all students of the Eastern Front. Especially as Számvéber had access to all relevant Hungarian archives, not an easy feat for most researchers (starting with linguistic problems). One cannot fault him for including as much facts as possible, and then some. Illustrations you’ll find nine (the cover excepted, and this looks generic), but a set of well-researched maps will be an essential help in keeping track of the actions described.

Wargamers will pore over the battle reports with a keen eye for a scenario with a difference, fielding Soviet Shermans against Hungarian Toldis and German StuGs – plus a changing air superiority situation that in part was due to Soviet aircraft being needed elsewhere occasionally, leaving the skies open to Axis ground attack aircraft, including Rudel’s deadly Stuka.

But, and here comes the bad news … when it comes to weaving a narrative, Számvéber simply does not do this. For whatever reason, the book remains an exhaustive, but exhausting listing of facts, facts, facts. The (in)human face of war is never really brought to life, and the book is as far from e.g. Antony Beevor’s very readable works as you can get. Not helped by a sometimes clunky translation and some odd editorial decisions (the footnotes would have worked better as endnotes, and tables should never be split between pages).

Reference? Full marks! Readability? Could be much improved…