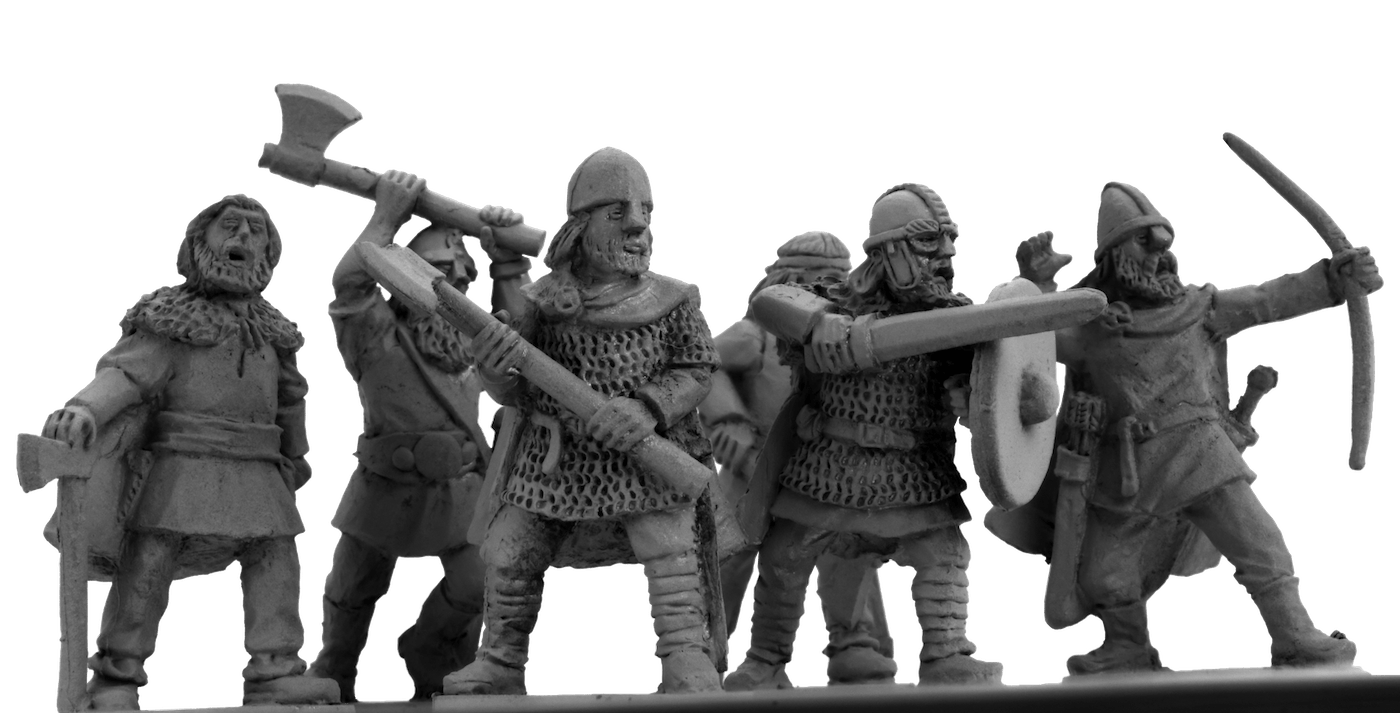 The Gripping Beast boys coined the phrase “Generic Hairies” when they released their plastic ‘Dark Age Warriors’ box set a few years ago and I would say this pack of six figures, soon to be released by Crusader Miniatures (October 2020), also match that description.

Fitting seamlessly into several different Dark Ages armies or warbands these six warriors would also make a nice addition to your SAGA ‘Swords for Hire’. Four of the models wield a two-handed axe as their main weapon, whilst one is bow and the other sword armed. Most of the figures also carry a second weapon in the form of a sword. Two of the warriors are wearing mail, with all having a classic Viking ‘winter collection’ look to their clothing.

All nice sculpts and casts and fitting well with other figures in the Crusader Miniatures range as well as those of many other modern manufacturers e.g. Gripping Beast and Warlord.