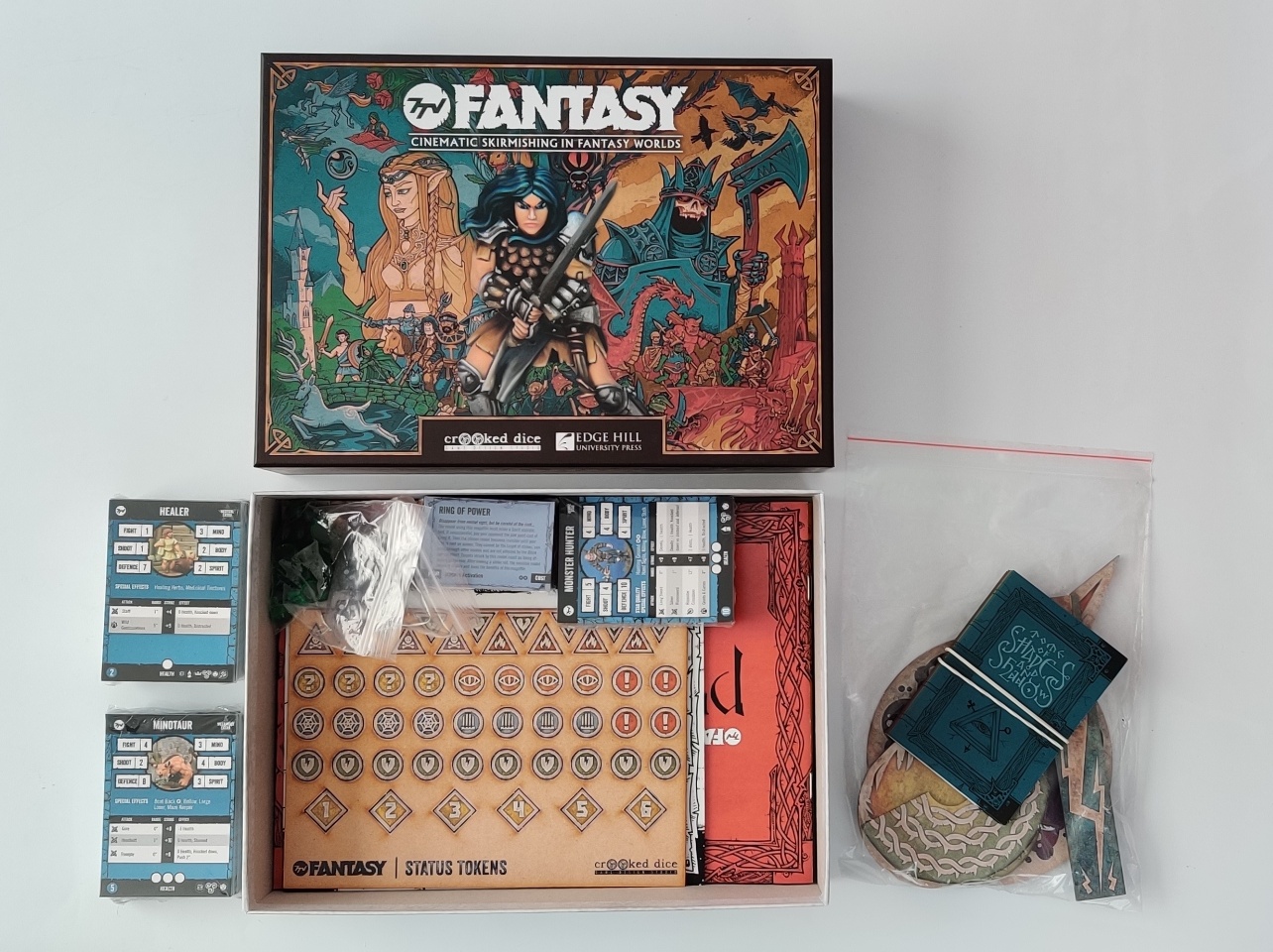 Arriving too late for us to get them online properly this week, but too cool to leave unmentioned, it’s 7TV’s extremely pretty new boxed game 7TV: Fantasy!

7TV: Fantasy is the latest game to come from Crooked Dice’s partnership with Edge Hill University Press, created thanks to the involvement of students from Edge Hill University. These future game designers and creatives learned about wargames in a professional, hands-on way, pushing through pandemic adversity to develop 7TV: Fantasy. They’ve created a really great looking game that we’re eager to dive into!

Upcoming website coverage
Next week we’ll have a full unboxing video and we will also do flipthroughs of the four books included in the box. As well as that we will examine some of the shiny new 7TV: Fantasy figures that we received in the mail. There’s Skeleton Command and the Fantasy Stars set, pictured below (in painted form from the Crooked Dice website and their raw form in our grubby mitts).

Upcoming magazine coverage
We’re finishing off writing up an interview with some of the team who worked on 7TV: Fantasy. This will land in one of our upcoming issues and is a fascinating insight into the game’s rather unusual design process.

We’ve also been lucky enough to snag an exclusive new scenario – Raven’s Revenge – which will appear in an issue of Wi soon.

Soldiers of Napoleon with Warwick Kinrade and Andy Fox