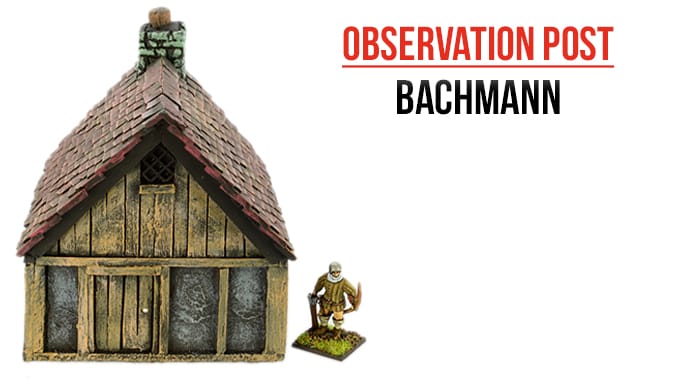 Bachmann have re-released the Conflix range of buildings in new packaging but with the same high quality. Designed for use with either 15, 20 or 28mm sized miniatures, these pre-painted and assembled buildings are just what ‘time poor’ gamers need to create a suitable tabletop layout in seconds.

The first building is a Village Tavern, which would be equally at home amongst the fields of many a European setting or appropriate for a visit by dwarves or hobbits on a fantastical quest. It would suit 28mm sized figures as a small wayside tavern but would suit 20mm as a much larger affair. The quality of painting and ‘weathering’ on the building is clean and crisp. The tiled roof in particular suggests this is an old, slightly poorly maintained building, with tile slippage and breakage here and there. 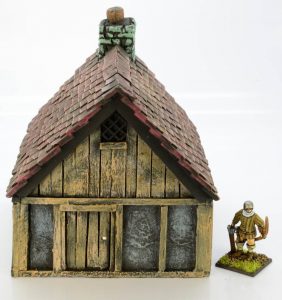 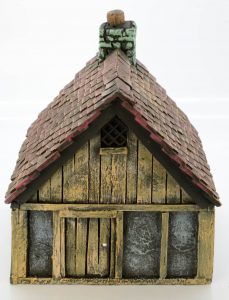 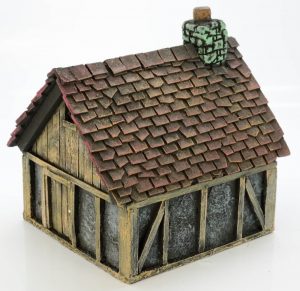 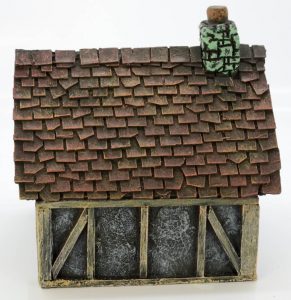 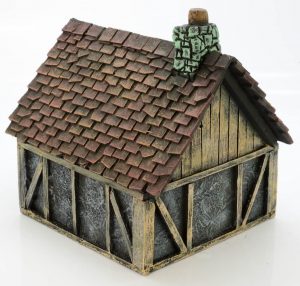 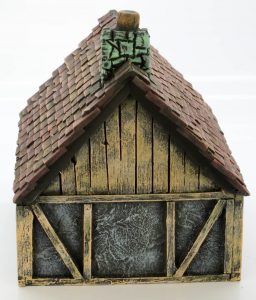 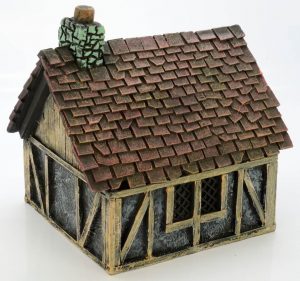 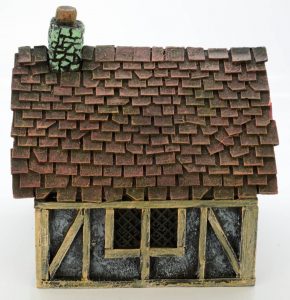 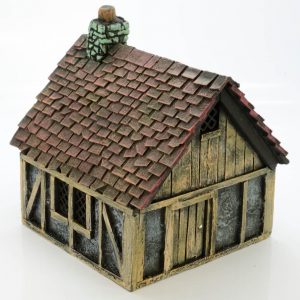 The next ‘building’ is more a military terrain feature than a structure. The Redoubt is perhaps best used with 20mm miniatures, although it would just about work with 28mm as well. This could be most usable with a World War One or World War Two setting, although it may be usable for more modern gaming. 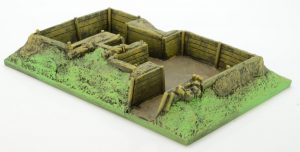 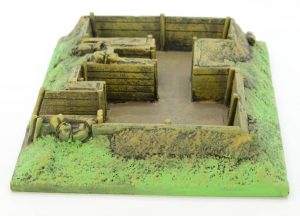 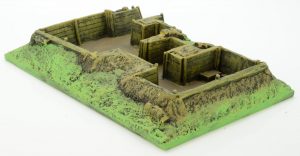 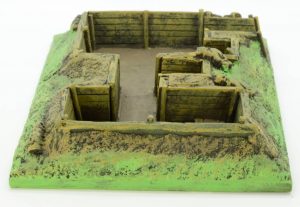 Again, the painting style used is good, although I’d be tempted to use some washes or similar to take the more vibrant colours down a notch. There is some nice usage of small features such as wooden boxes and tied tarpaulins to make the position look more ‘lived in’. I’d probably add more to the floor of the position to make it look more so.

The final building is more an ‘ex-building’! This is Ruined House, which is fairly generic for use on a variety of European battlefields. The sculpted damage on the walls is more suggestive of World War One and Two, perhaps even Inter- or Post-War, making the building useful for a host of gaming opportunities. A nice touch is the inclusion of a removable first floor, at least the remains of one, allowing you to place figures at a higher elevation. This is a ‘scale agnostic’ piece, and could be used with 15mm all the way up to 28mm miniatures. The painting style is suitably drab and battered looking, with red brick and plaster which could feature almost anywhere. There has also been some thought to creating firing positions, such as open windows, piles of rubble, etc. 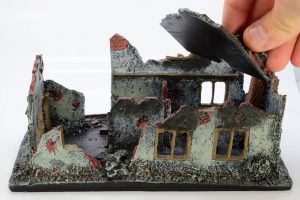 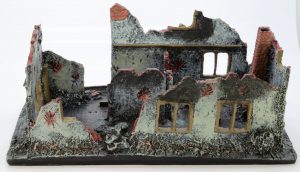 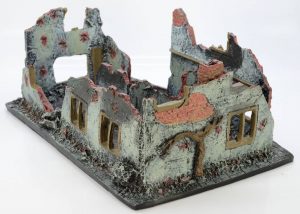 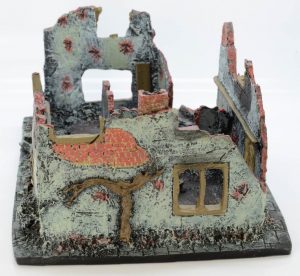 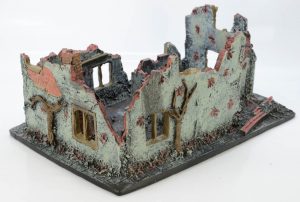 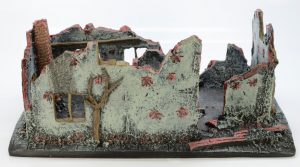 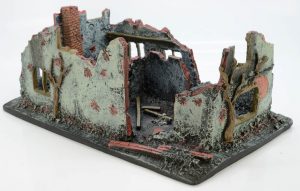 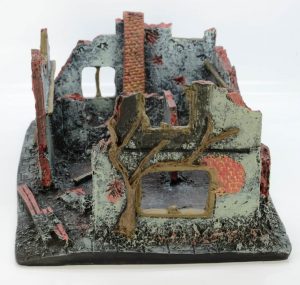 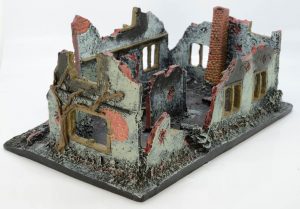 Its good to see these buildings back on the market. They are ideal for those of us with little time to spend on crafting and painting terrain of our own. I’d like to see some types of discounted ‘bundle deals’ rather than individual pieces in the future. Perhaps these could be themed around a particular historical period or conflict? However, useful additions that will suit many a pocket.