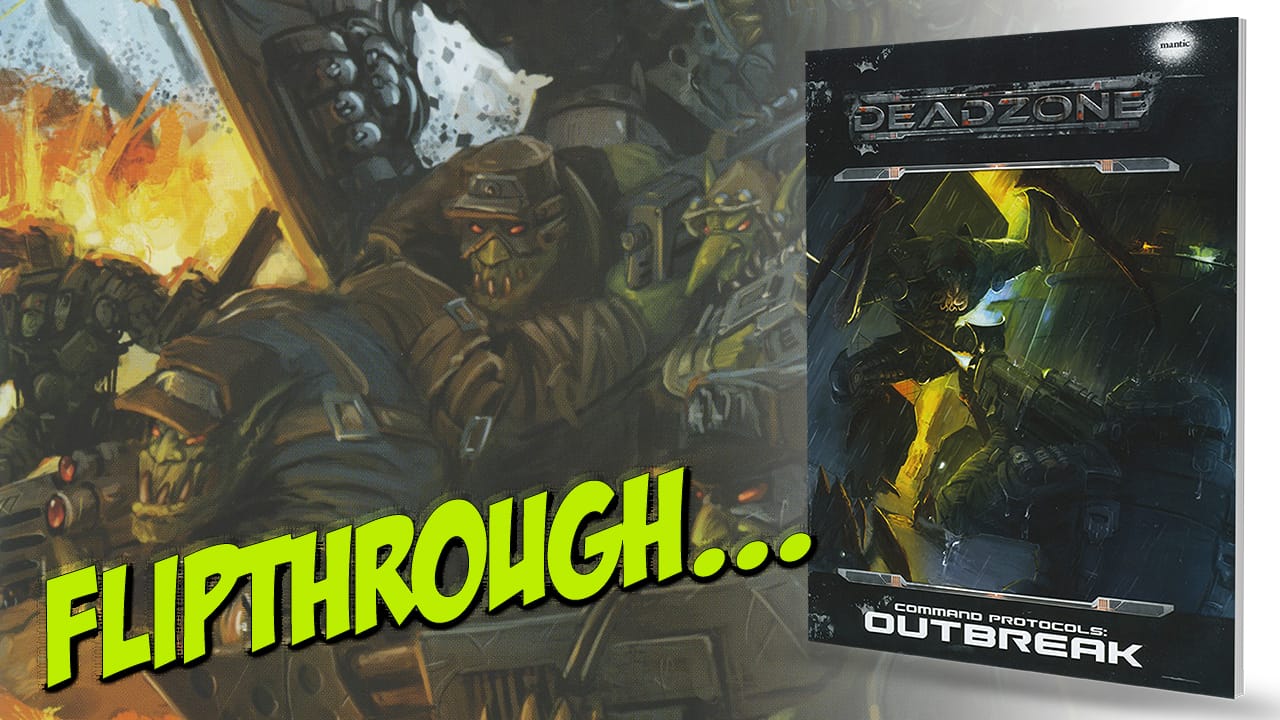 The latest release for the Deadzone science-fiction rules from Mantic Games is Command Protocols: Outbreak. The book not only introduces a new faction to the Deadzone game universe, but also contains updated lists for all the other armies, plus updated and additional scenarios and more.

The book begins with an introduction to the new alien faction, the ‘Nameless’. Outlining the main events that may potentially have altered the balance of power in the galaxy, the Nameless are quickly and succinctly added to the enemies of the GCPS.

There are four new and four re-balanced scenarios or ‘missions’ outlined in the book. They are designed for both causal and tournament play, although the focus is on the need to balance the missions for competitions. Each mission is defined very simply with maps, set-ups and victory conditions.

Included in the rules section are a number of new, alternative items that can be used within the game, with a new table of items that may be rolled upon. There are also new abilities that may be used by models or as part of weaponry or equipment. There is also a set of Errata which clarifies some of the rules which already exist, with changes taken from the vast number of games played since the Version 2.0 rules came out.

Moving onto the Army Lists, the main ‘good’ Factions have been given all new rules and points values, from the alien Asterians through the armoured human Enforcers, the dwarven Forgefathers, up to the GCPS infantry. All the different aspects of the army are included in each list, most notable the specialists, support options and updated stats for weaponry, along with new items which may be used.

The ‘bad’ factions (as always, both of these descriptions are a matter of perspective) include Marauders, the mysterious Mazon Labs, the new Nameless, the Plague, multi-species Rebs and the bestial Veer-Myn, again all outlined anew with every option described and stat-ed for the game, with new items included.

A useful addition are so-called ‘Elite’ armies, sample lists centered around a particular leader character, allowing you to collect a new force or use what you have as you assemble and paint it.

This is an essential book for those who’ve invested in the Deadzone 2.0 sci-fi skirmish game or for those just starting out. The information contained within has obvious benefits for those taking part in competition play or the currently ongoing global Starfall campaign from Mantic.