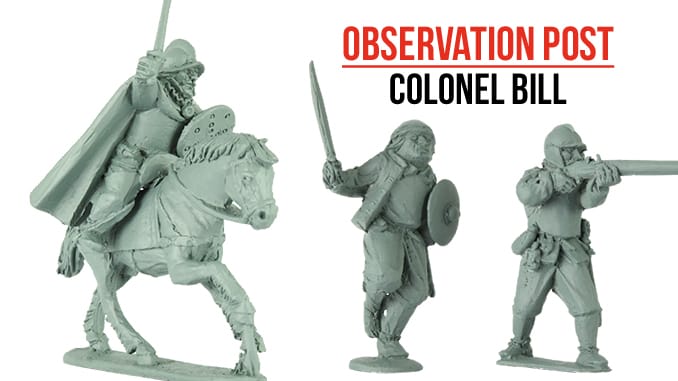 Colonel Bill is known for new and secondhand miniatures and other wargames related items from a number of companies, but they also have ranges of miniatures of their own.  Some of their most recent releases depict the Border Reivers of the 15th and 16th centuries, just part of the Anglo-Scottish raiders who fought each other and plundered both sides of the border from the 13th to the 17th century.

There are two packs for review, Reivers on Foot and Mounted Reivers, with a Headsman.

The Reivers on Foot pack consists of four figures, three with sculpted on weapons and one with weapon and shield options. One of the reivers aims a matchlock or early flintlock musket, whilst the other is pointing with one hand and holding a basket hilted sword with the other. Loose buckler shields, swords and another musket are a part of the pack, so the open-handed figure may be depicted with either sword and buckler or a musket. Clothing and armour varies, from helms and leathers to peasant style clothing. 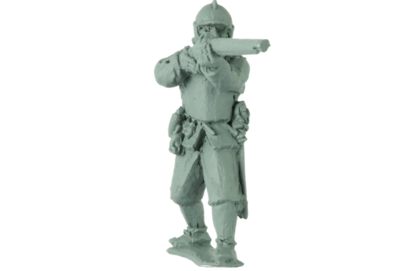 The mounted figures are well animated, with horse and rider giving the appearance of being at the charge. The riders may be given swords and bucklers or pistols, and are much better armoured than the reivers on foot. Plat armour and helmet on one of the riders is supplemented with a cloak, suggesting that this is the ‘Headman’, the leader of a group of reivers from one of the many groups. 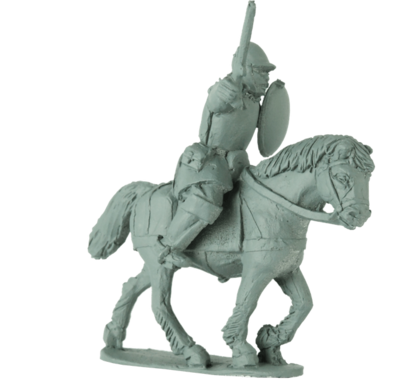 These are well sculpted figures, and each exudes a level of character that matches the nature of the raiding parties from the period.

The Colonel Bill range consists of a variety of different packs and a splendid Peel Tower, as shown in these photographs taken at the recent Colours show. 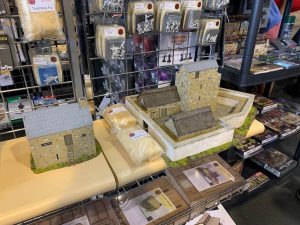 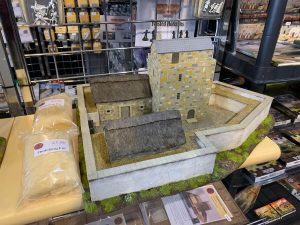 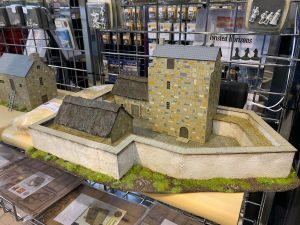 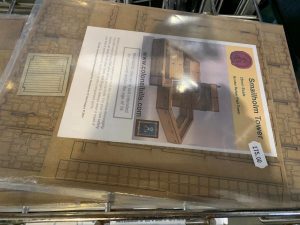 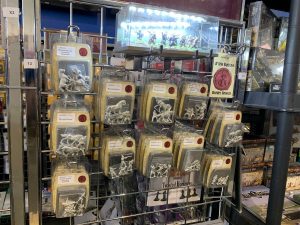