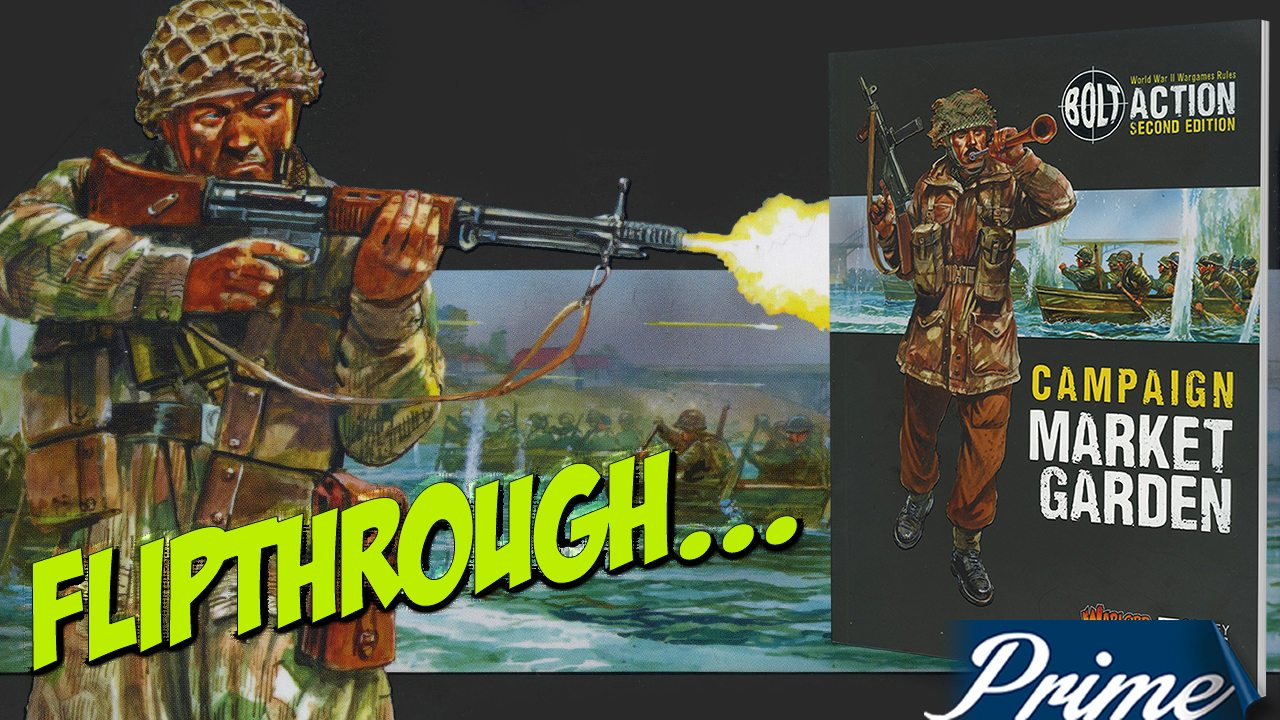 The extremely popular Bolt Action rules from Warlord and Osprey Games are constantly being supported with theatre and campaign supplements based upon some of the main events in World War Two. This time around, it’s the turn of Operation Market Garden, the Allied plan to capture the bridges across the river Rhine, liberate parts of Holland and push on into Germany, thereby shortening the war and bringing the boys back home.

The book is to the usual Osprey high standards, and begins with an interesting introduction to the campaign, with some great maps and a timeline that covers the major events in the days before and during the operation. There is also advice on using the scenarios from the core rulebook within this particular campaign environment.

The Armies section contains a good overview of each force, covering types of units, their strengths and weaknesses, as well as outlining the relevant fighting style and tactics.

German forces during this particular campaign are dealt with and presented in plenty of detail, again with special rules and new units. These range from the second line units, ad hoc Kampfgruppes and training units, up to the elite and not so elite SS forces. These troops add great variation with a whole range of equipment, allowing players to collect and paint up some really interesting units. They would perhaps also be useful to represent units during the Late War period on other fronts, such as the battles to stop the Soviet juggernaut and the last desperate days of the Reich in Berlin and Germany as a whole.

Given the nature of this particular campaign, there are details of adapting aspects of the ‘standard’ format of a Bolt Action game, complete with more special rules that cover aspects of this operation. There are also scenarios based upon the activities of the American and British Airborne forces, with rules for parachute and glider landings, plus a number of ‘what if’ scenarios dealing with such matters as the plans for a coup de main attack on Arnhem bridge by the British Recce units and some of the main personalities.

Of course, a campaign of this nature covers a fairly large area, so what Warlord have done is add a ‘mini-campaign’ which focuses on a much smaller area, the Utrechtseweg, a road which ran from the British Landing Zones all the way to Arnhem town centre. The fighting along this route was intense but confined to the road and the area around it, making this an ideal series of games to play over the course of a long evening or day, requiring a smaller number of unit types. The results of each game are defined by special rules and can result into moving out into the countryside.

There are yet more scenarios included here, this time with the focus on the Polish Airborne, the advance of 30 Corps, patrol actions, even smaller scale scenarios dealing with particular incidents, and some ideas for solo play, giving the player a whopping 27 fully worked out scenarios to try! The last few pages of the book deal with some of the Legends of the campaign, the warriors on both sides who are remembered for their heroic contributions.

This supplement does an excellent job of covering the whole of this campaign. There are a wealth of new rules which may be used, plus some specialised army lists which cover a host of interesting units. As well as this, the book is a great resource for new and veteran gamers alike, providing a rapid but helpful reference point for those wishing to re-fight the relevant battles as manageable games.