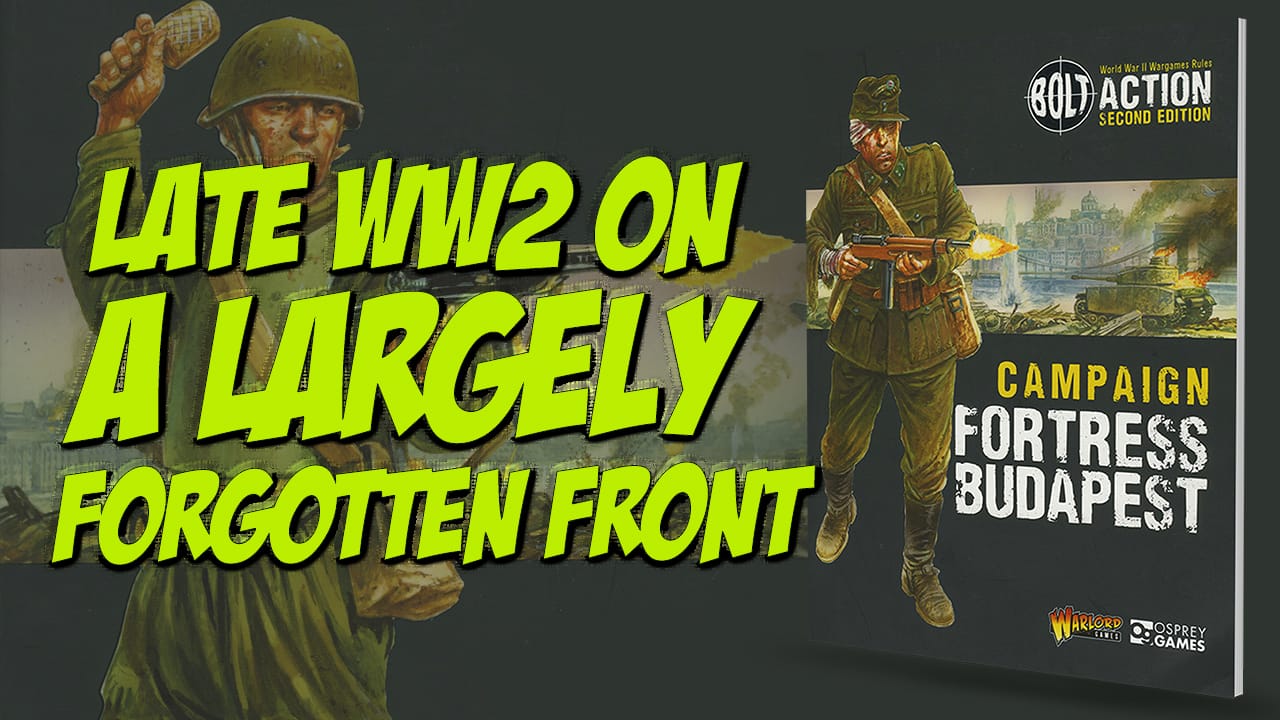 The book follows a fairly familiar format by emphasizing that this is a games supplement rather than a history book. Consequently, although there is an overview of the history of the campaign and brief information on the Royal Hungarian Army, the historical information is then only explored within the context of each of the 16 scenarios included in the book.

The scenarios follow a similar format to each other. After a synopsis of the history upon which the scenario is based, there is a focus upon a major historical character, followed by the relevant set-up information. This includes maps, Special Rules and maps. Also included is a  ‘Legend’ Special Character, in this case a named tank commander, with his Assault Howitzer presented for game use.

Each of the scenarios adds another part to the story of the Siege of Budapest, allowing gamers to play through aspects of the major events. The historical prelude to the scenario is presented, with players taking the part of units caught up within events.

As always, there are numerous new units outlined for use with the scenarios. The German units are fairly unique to the campaign, mainly consisting of late war versions of standard formations. The German units during this campaign were not always the best or struggled with equipment which was not suitable for engaging the Soviet hordes. The Hungarian units are more varied than the German ones, with different roles, and drawn from Border Guards to Gendarmerie or police, University Students to the excellently named Vannay Battalion Flying Squad.

The Soviet new units section focuses upon the usage of Lend-Lease vehicles and the tactics used. Romanian units are also briefly explored, including the R-2 Tank Destroyer, before moving onto the specialised Theatre Selectors. These are the all-important army options which are used to create forces. Options, special rules and requirements are provided for each of the nations involved.

The final section provides special rules relevant to the types of combat during this campaign. So, rules for City Fighting, movement within sewers, the effects of snow and mud and the longest sub-section focused upon minefields. These are designed to be transferrable rules into other settings.

This supplement has a familiar format for Bolt Action gamers. The level of historical information is just enough to inform but is linked to the idea of enhancing the gaming experience rather than being piled in as a matter of course. For those looking to create new late war armies or use their existing ones in a new series of challenges, this is a very useful tome which offers new options.