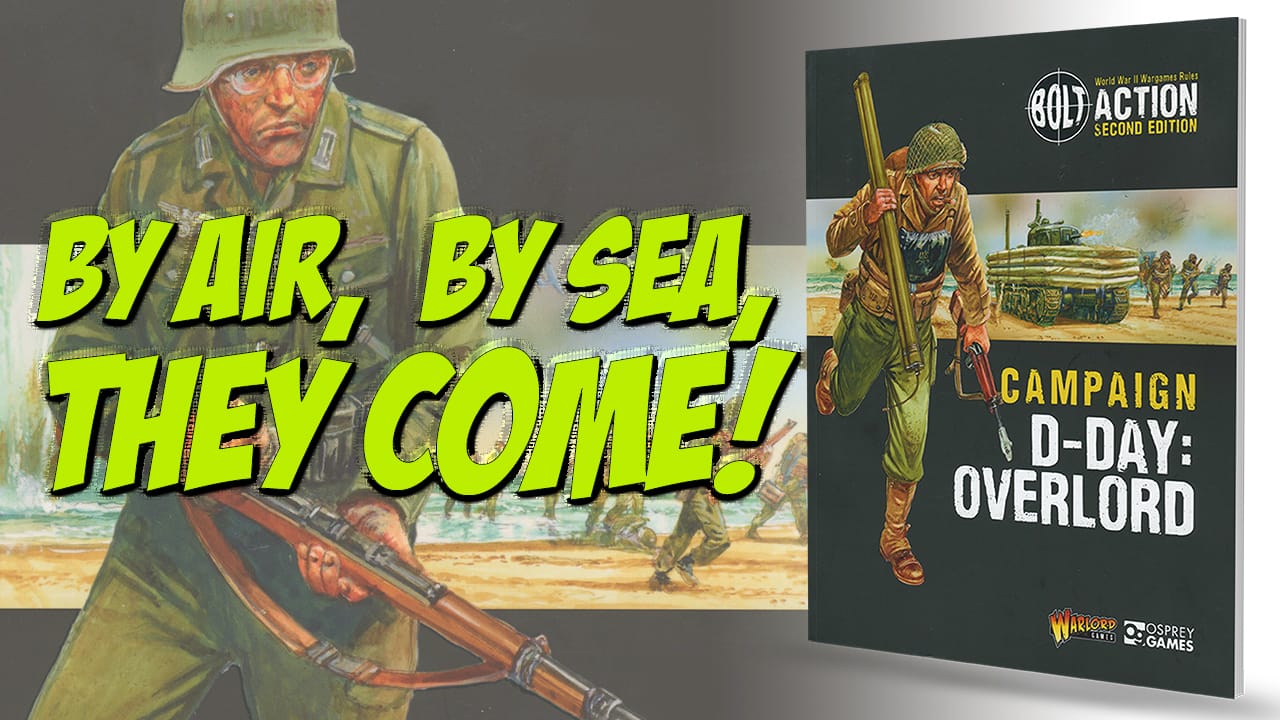 Warlord Games and Osprey Games have released the latest supplement for Bolt Action, this time covering the Allied invasion of Europe in 1944, D-Day: Overlord. This is a 216-page softback book, a combination of historical background, scenarios, new force and theatre selectors and new rules.

The first 130 pages of the book cover the background behind the main events, from the Airborne Assault to the key actions on each beach. The format used is the standard ‘history- scenario’, with some seemingly well-researched background and nicely laid out gaming scenarios, with maps, force lists and relevant rules references. Occasionally, the text makes reference to the need for copies of other Bolt Action supplements to filed certain forces, but this is fairly standard sales practice from Warlord. In addition, the various sections focus on a fair amount of the beach landing operations undertaken by US troops, and less on the British and Canadian.

The new squad and unit selectors cover British, German and American forces. In many ways, many of these are the more obscure units which had a role on D-Day, useful for this campaign but perhaps not for others. However, there are some updates to US Paratrooper squads and rules and points costs for the various pieces of British and French captured transport and tanks employed by German forces.

The new Theatre Selectors for the campaign cover some useful ideas, including the German Luftlande Division and the use of training units to shore up the German line, plus a Beach and Reinforced US Landing platoon, moving the action from first landing to consolidation.

There are a host of new and updated rules included, for beach landings, fortifications, minefields, campaign special rules for Bocage, Ad Hoc units, digging in, air landing reinforcements and more.

Lastly, the book ends with the Bolt Action stats and backgrounds of some of the major characters from the campaign, no doubt available or coming soon as figures from Warlord.

A good blend of history and gaming related content, this is fairly typical of the Bolt Action ‘style’ of supplement. Some of the squad and unit content seems a little obscure, whereas the extra rules are useful across the whole gaming system. The artwork and images of miniatures are, as always, up to a high standard, as we’ve come to expect from the endless supply of similar books from Osprey and Warlord.