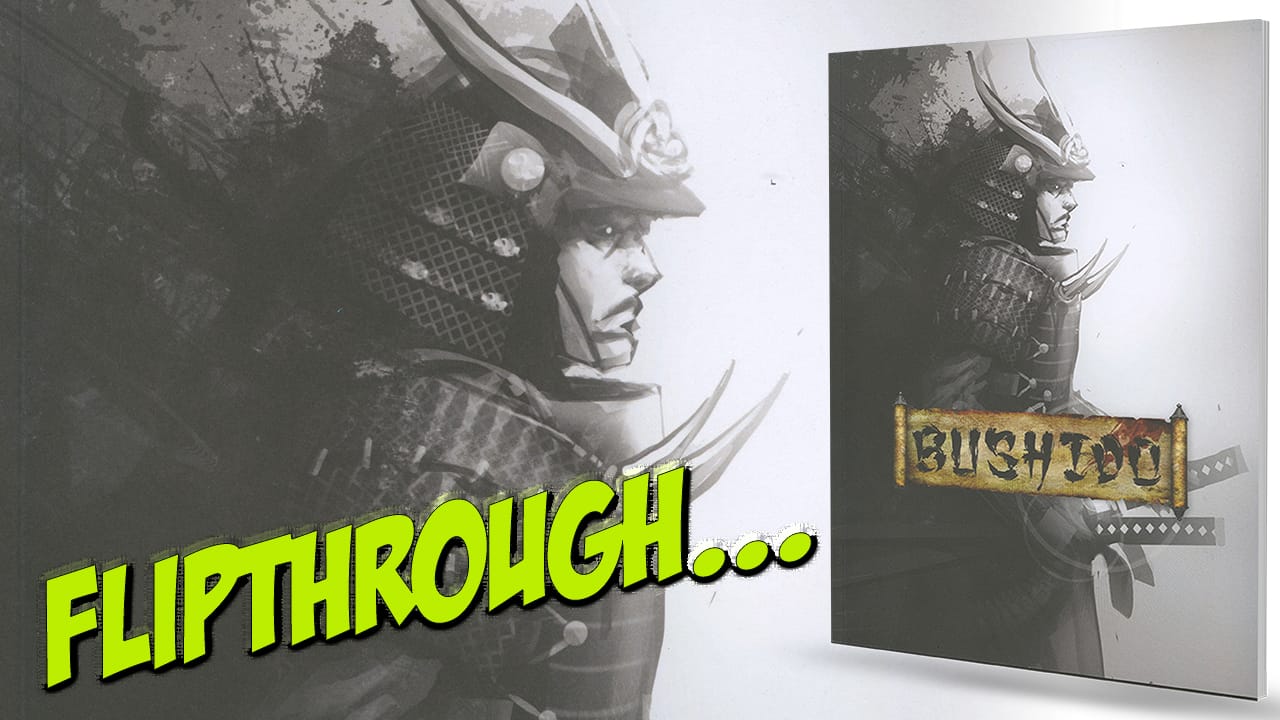 Bushido – The New Dawn – is an oriental fantasy tabletop miniature battle game for two players. Each player commands a force of no more than a handful of individuals, represented by 32mm metal miniatures. These forces meet on the battlefield and the commanders (the players, that is) try to outwit, outfight and outlive the opposing force and fulfil their battle objectives while denying the enemy theirs. This Second Edition of the rules builds upon what has gone before and using the existing wide range of Bushido figures and accessories.

Bushido falls into the ‘skirmish game’ category: all miniatures represent individuals and your force consists of a small group of unique characters rather than a big faceless army. A game of Bushido is fast moving, flexible and filled with strategizing, counter-strategizing and counter-counter-strategizing. A typical game of Bushido takes between one and two hours to play – more if you are new to the game, less if you are a seasoned veteran.

The first 70 pages of the rulebook outline the world of Bushido, and the many factions fighting for supremacy. Some of these forces are committed to keeping the delicate balance of the Ki forces permeating the universe, whereas other forces wish to upset and even destroy the Ki balance of the universe in order to achieve their own nefarious purposes. In any given battle, a Bushido player takes on the part of one of these factions.

Play is designed to mostly take place on a 2’ by 2’ board, with a few figures per Warband. The book outlines what is required to play the game, and there are specialised tokens available to record the different statuses.

The game uses profile cards for each character in a Warband, with all the information being recorded, such as numerical values for die rolls, Traits for that character type, and Feats which are special abilities for that character. The game is partially powered by cards, which come with the figures themselves, and include Special, Enhancement, Event and Terrain cards.

Players activate their characters, then choose Simple or Complex actions. Simple action examples are Run, Reload, Melee, Ki Feat (choosing from the character’s abilities) and Walk. There are clear and characterful examples of play to aid in learning and using the rules.

The die rolls made are Tests of two types, either Opposed or Target. An Opposed test is based upon the various stats of all the characters involved, who roll against each other using the indicated number of dice, with modifiers, etc. Target tests are where a character must roll equal to or more than the relevant stat shown on the card, usually the one shown in brackets. The more successful the roll made during combat for example, the greater the number of wounds caused against a character.

There are rules for Ranged and Melee attacks, with good quality examples and a stage-by-stage approach to each method of attack. The Special Abilities section clarifies how these unique aspects of a character’s profile may be used and defines each one.

Model States are examined, including how these affect the ability of a character to function. The same is true of Ki Feats and the use of Traits, with the latter being defined one by one in the rulebook as well as on the profile card. Lastly, there are rules for deploying terrain and a number of scenarios, suggesting that the game is intended for tournament as well as casual gaming.

This rulebook makes much of explaining the background and game universe that is an integral part of the overall setting. Everything is clearly explained, and the use of maps, artwork and the overall look aid in this regard.

The rules are supported by a wide range of boxed figure sets and individual characters packs. Also available are also numerous packs of cards, token sets, faction specific dice and a range of MDF buildings by 4Ground. Bushido has a well established and supported game universe.

The actual rules themselves are simple and there are plenty of easy to view examples to aid in grasping them. The overall feel is of a game that has been extensively play tested and is a labour of love for the authors.