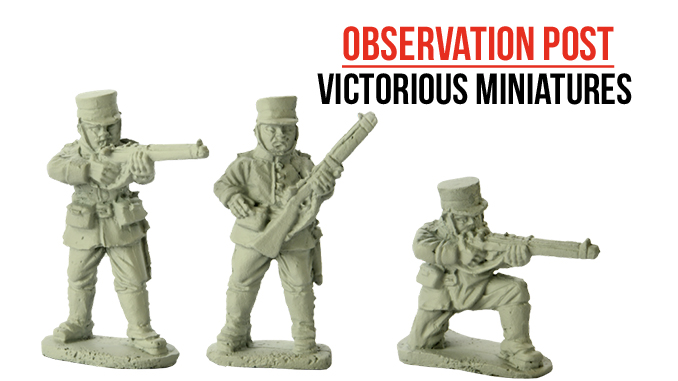 Victorious Miniatures are continuing to add to their Boxer Rebellion range. Having covered some of the troop types for the Boxers themselves, they have moved on to the troops from the Legation Quarter, who defended this foreign enclave in Peking.

The figures received for review are a single pack of Japanese Marines. There are four figures in the pack, wearing the late 19th Century version of their uniform and armed with bolt action rifles. Both uniform and weapons seem accurate, and the figures cover the fairly ‘standard’ poses required for tabletop use.

The overall sculpting style matches the other figures in the range and they should fit size-wise with similar ranges. If you’re interested in the Boxer Rebellion or other late colonial conflicts, these miniatures offer the chance to field a different army rather than the ‘same-same’ of the British or French.