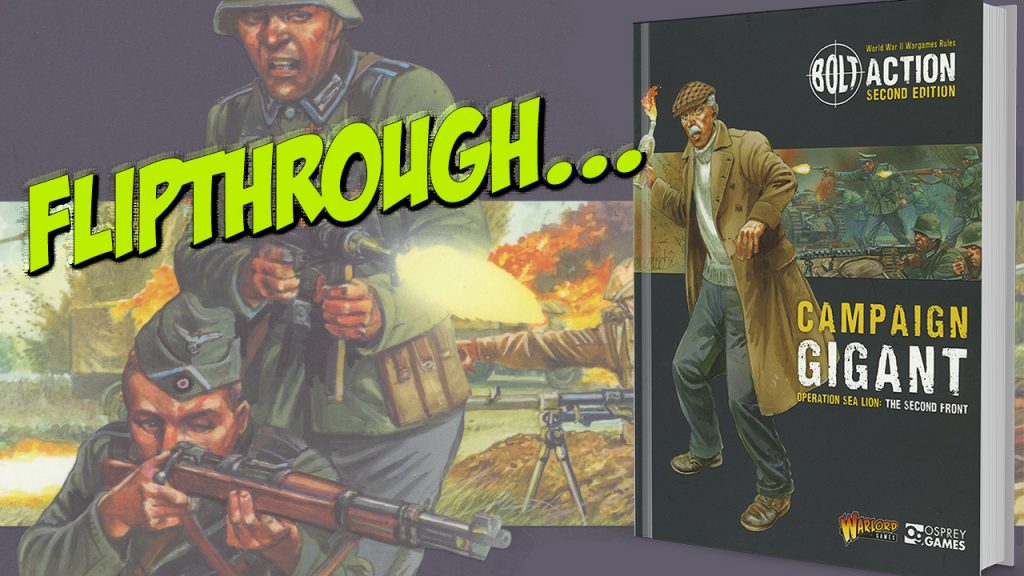 Following on from the ‘alternate history’ of the Campaign Sea Lion supplement, this new book enters what the author calls ‘historical fantasy’, moving beyond what could have happened into the realms of ‘impossible dreams’.

The first part of this 64 page paperback book contains a brief outline of events up to the end of the Sea Lion supplement and then expands upon the next phase. Maps and descriptions of the ‘second front’ are included as reference points.

There are a number of new units included in the supplement, including an ad hoc British armoured force, the main British regular resistance to the new German assault. Also included are the far more quirky sports teams, with football, cricket and rugby teams forming Local Defence Volunteer units to slow the invaders down.

Of course, the German units are detailed, most notably the Deutsche England Korps and their hodge podge of captured and German made armour and vehicles. The regular German forces are also aided by elements of the Irish Republican Army, who are aiding the Reich in return for a promised united Ireland.

Some new special rules feature in the book, plus there are four new scenarios that take you from the initial German landings in Lincolnshire to the push South and the final desperate battles.

This thin volume does a great deal in 64 pages. The new rules, army information, new units and additional scenarios are all very useful and serve to expand upon the possibilities. Although the events outlined never happened, there is just enough ‘reality’ amongst the fiction to remain plausible. If you’re looking for a way to use your Early War and Sea Lion troops, over a more wide ranging area than the South east of England, this is a good resource.