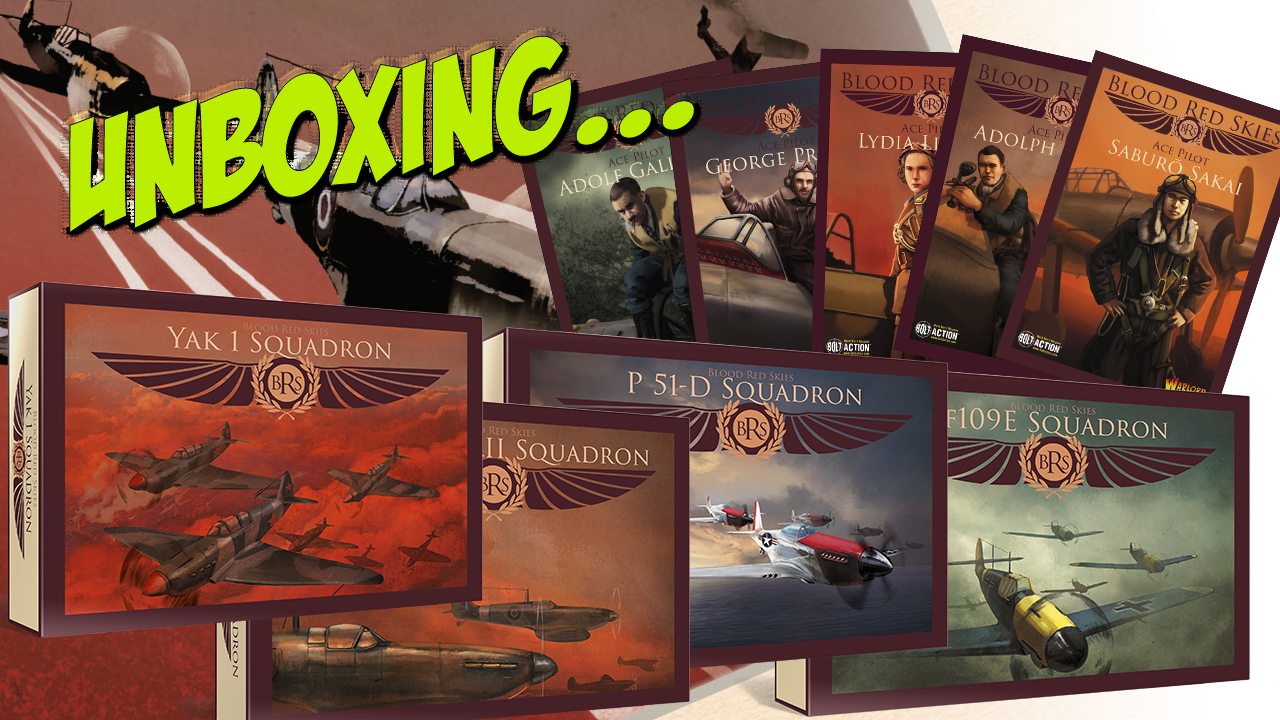 The new Blood Red Skies – Battle of Britain boxed game from Warlord Games covers action from July to October 1940. Although it contains everything needed to play BRS in this perio, Warlord are releasing a number of expansions that not only add to the action but also widen the game to other theatres and later parts of the war.

Having purchased a copy of BRS, you may decide that you need more aircraft, or be looking to field other nations. Fear not, as Warlord intend to release five ‘squadron’ expansion set at the same time as the core game.

These include two sets contains six more Messerschmitt BF109E’s and the same number of Supermarine Spitfire Mark II’s to add to the those found in the core box. However, there will also be a Squadron box for the Mitsubishi A6-M5 Zero, the P-51D Mustang and the Soviet Yak1. We’re going to take a look at the P-51D Mustang box, which serves as an example of the contents for all of the forthcoming squadron sets.

Each aircraft expansion box contains 6 plastic miniatures, produced in faction specific colours, and also has a sheet of national aircraft markings. The aircraft come with the specialist ‘advantage’ flying base, which are a key feature of the game, plus 6 double-sided Pilot Skill discs which fit over the bases. A single aircraft card with all the relevant stats is included, as are all of the relevant Aircraft Trait cards, 6 in total. Lastly, there are 3 Action Cards designed for use in the game. As stated, the other expansion sets of this type consist of a similar set of items.

To augment your forces, Warlord have used details about real fighter Aces from World War Two to create five initial expansion boxes. Each small box includes the game stats and cards for a named individual.

We’ll take Adolf Galland, German fighter Ace who scored 57 confirmed kills during the Battle of Britain. The box contains a model aircraft, a flying base and 2 double-sided pilot skill discs, plus a pack of cards containing the relevant aircraft stat card, 2 aircraft trait cards, and 1 named Ace card, plus 2 of the unique Ace Skill cards to use the character in the game.

The other ‘Ace’ sets contain fighters for the British, Americans, Soviets and Japanese.

These are the first in a series of expansion sets planned for Blood Red Skies, with the those we’ve been looking at here released in tandem with the core game.