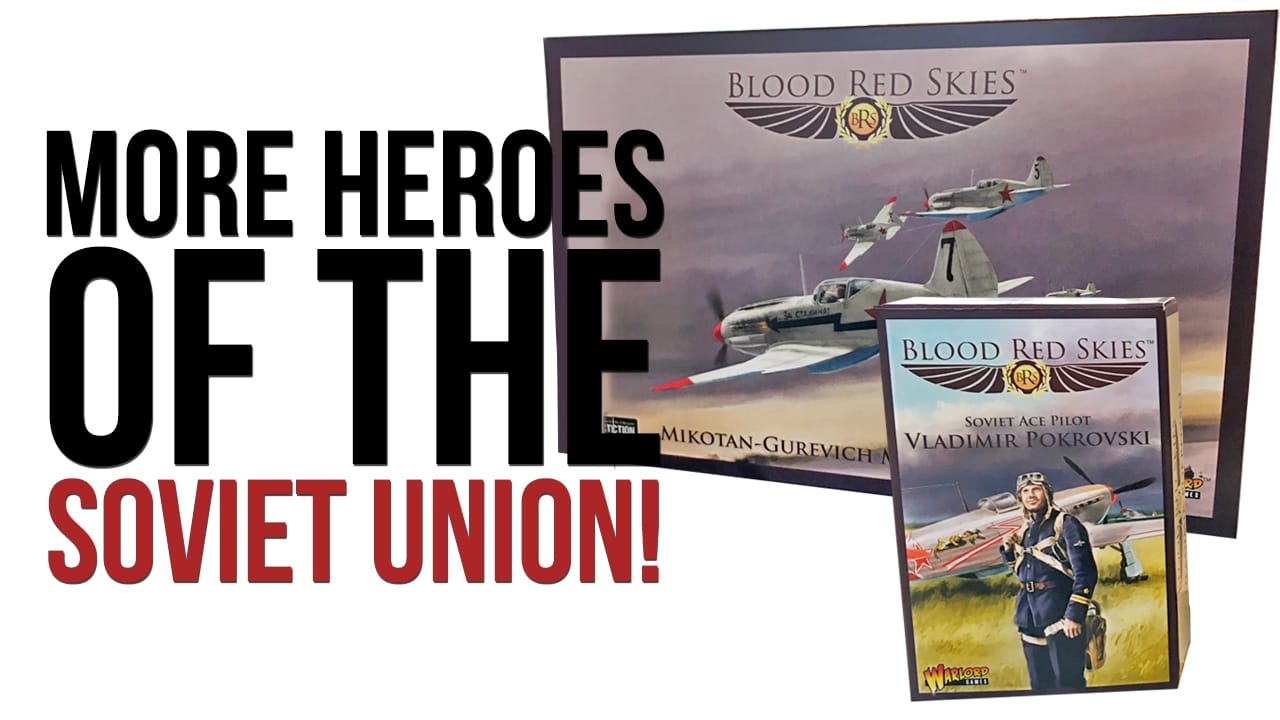 Warlord Games continue to support their World War Two aerial combat game, Blood Red Skies, releasing more Ace Pilots and Squadrons for use with the game. Two of the most recent are Soviet Ace Pilot Vladimir Pokrovski and the Mikotan-Gurevich MIG-3 Squadron.

The Soviet Ace Pilot Vladimir Pokrovski boxed set is typical of those already produced. The set includes a resin model of a Yak-1b plane, as flown by Pokrovski. This model aircraft is designed to fit onto the standard ‘Advantage’ flying base used with the rules, and the Double-sided Pilot Skill discs which fits onto the base and contains all the relevant game data for in game use. The latter are just some of the card components to be found in the set, there are also Aircraft data and Trait cards, two Ace Skill cards, Acrobatic and True Grit, and a separate Ace card with game details for Vladimir Pokrovski. Lastly, we have a set of waterslide decals for use on the painted version of the aircraft model.

The second Soviet box is much larger. The Mikoyan-Gurevich MIG-3 was a very fast Soviet fighter which was intended for interception duties but had poor handling and fairly weak armament. As this is a squadron box, there are six scale aircraft here, with enough flying bases and Pilot skill discs to field all of them. However, as they are all the same, only one Aircraft card is included, and only one Doctrine card, Sustained Dive. However, there are seven Aircraft Trait cards included, six Great Dive and one Sluggish. Again, once painted, there are enough waterslide decals for each aircraft, adding the finishing touches to your models.

These boxed sets are up to the usual high standards of all the others in the range. As the options for players increase, it can only be to the good for those players looking to field something different or as wide a variety of aircraft as possible.