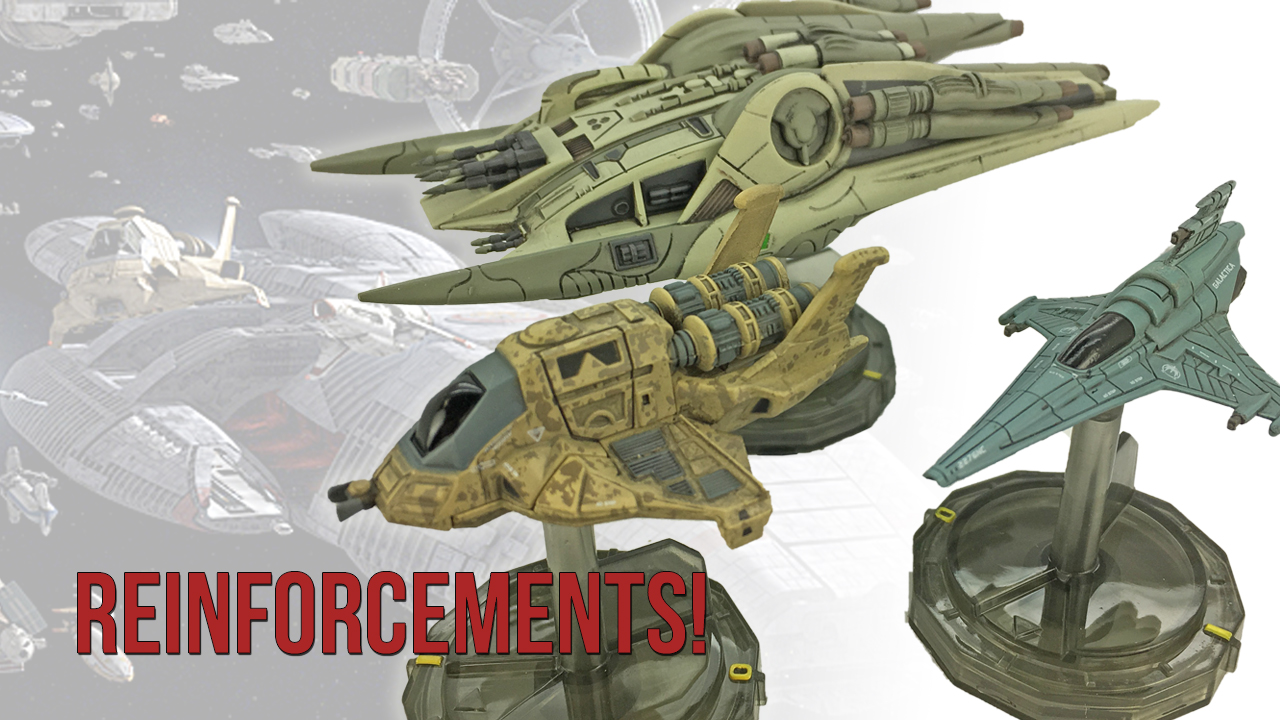 Ares Games created the Battlestar Galactica Starship Battles Game back in 2018. Since then, it has proven popular at various shows and conventions, and with gamers in general. But Ares have always committed to expanding upon the game to offer more and more ways to play, and have provided further expansion packs to add new ships and pilots to both the Colonial and Cylon factions.

You can see our previous unboxing of the main box-set here:

First of all, we have the cream of the crop for Colonial fighter squadrons, the highly advanced Viper MK. VII. These ships were largely wiped out in the initial Cylon attack due to the subterfuge used. The remaining vessels were retro-fitted with the older computer software that the Cylons cannot corrupt and are given to the best Colonial Warriors. That’s probably why this pack comes with not only the relevant gaming cards for the fighter but also for callsign ‘Apollo’, Lee Adama. This makes the ship pretty formidable in combat, with its combination of missiles and guns, plus its unique abilities.

The next pack represents the scout and support vessel, the Raptor. This vessel provides electronic counter measures, transport and scouting support to the Colonial forces, and is most often used to move between the fleet or make planetfall, given its ability to travel using short range FTL capabilities. This particular vessel is piloted by Sharon ‘ Boomer’ Valerii, again providing the basic vessel and ability cards, plus the top ‘human’ pilot, who later turns out to not be all she seems. Everything is there to use the ship in the game, flight stand, gameplay cards and character cards. There is also a more ‘generic’ Raptor in this release, without the Boomer cards but just as useful.

Finally, we have three different variants of the same vessel for use by the Cylons, the Heavy Raider. Similar to a Colonial Raptor in intention, this is a vessel which is sentient in its own right, able to ‘pilot’ itself, but may also be directed by the robotic Centurions and the human form Cylons. The particular version we’ve unboxed is a Veteran, which means that the manoeuvre and gameplay cards reflect the abilities of an experienced combat warrior. In contrast, there is a basic Heavy Raider and a Colonial captured version as part of this release, so they have lesser abilities than the Veteran but are still extremely useful in game terms.

Like all the releases for the game so far, these are excellent models, being all the more amazing for being 1/160th scale. They have a value as expansions to a fast-flowing game system, but are top quality miniature collectibles in their own right. And, given the fact the game is two years old, it is refreshing to see Ares Games are still willing to maintain the overall quality of the expansions they release – from the ship models to the card components, Ares are willing to go that extra mile to be as consistent as they were in the first raft of game releases.