Battlegroup: Overlord – Beyond the Beaches 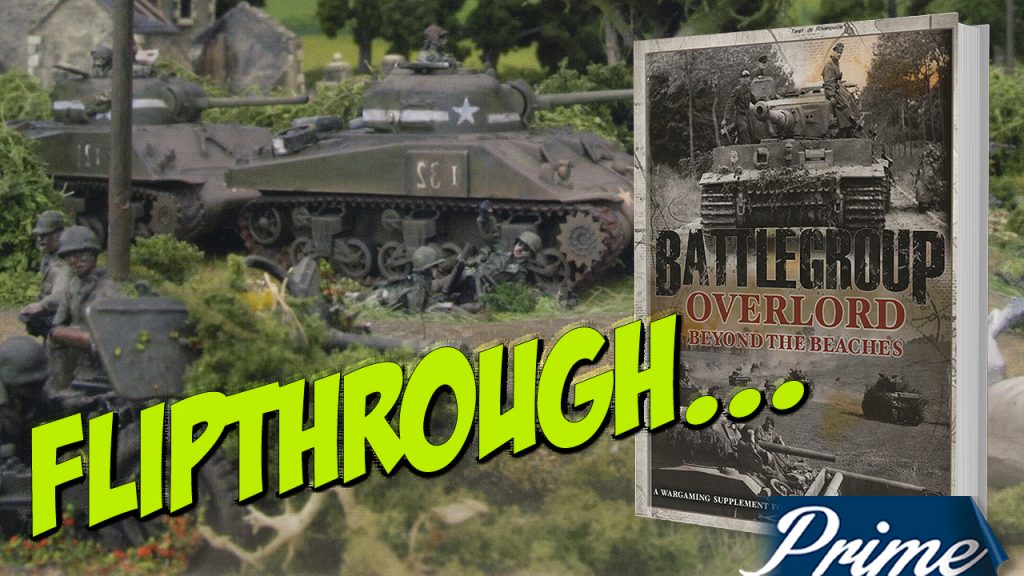 The latest supplement for the Battlegroup World War Two rules builds upon the previous Overlord book to take the action beyond the initial landings on D-Day. Overlord – Beyond The Beaches covers the period of expansion from the beachheads and the battles within the Normandy region.

The book includes a useful overview of the battle for Normandy, with some attention to the British and American sectors. There are also some ideas and rules for gaming in the Normandy countryside, dealing with not only the bocage but also some idea of the relative strengths of the standard infantry weapons used.

There are outlines for a number of typical and specific battles, including encounter tables and army lists. A really useful section provides details of the types of vehicles and air support that were available to the different combatants, providing a guide to what is suitable from a gamer’s collection or what would be suitable to buy.

Army Lists form a major part of the rules, some of the most comprehensive I have seen for World War Two in a wargames supplement. These are an attempt to allow you to put together ‘real’ forces, a central part of the overall rules system being that you should field ‘combined arms’ units, with infantry, armour and support units, including off table artillery and ground attack aircraft. These are far beyond the ‘three tank company’ but are still usable and affordable in terms of both points and the financial outlay on miniatures and models.

Of course, such a wealth of information can be hard to absorb and certainly difficult to reference during a game, so a nice touch is the use of appendices for all the different vehicles, weapons, and support items, arrayed in an easy to use format with movement, armour and armament. These could be photocopied, enlarged and placed on cards for in game use, allowing you to have your chosen units to hand.

This supplement is up to the usual high standard for this company. This is very much a ‘realistic’ book for a set of rules that strives to simulate World War Two in a relatively simple fashion. The use of contemporary photographs and shots of excellently painted miniatures serve to inspire, and the overall level of information is useful for anyone interested in gaming the period.