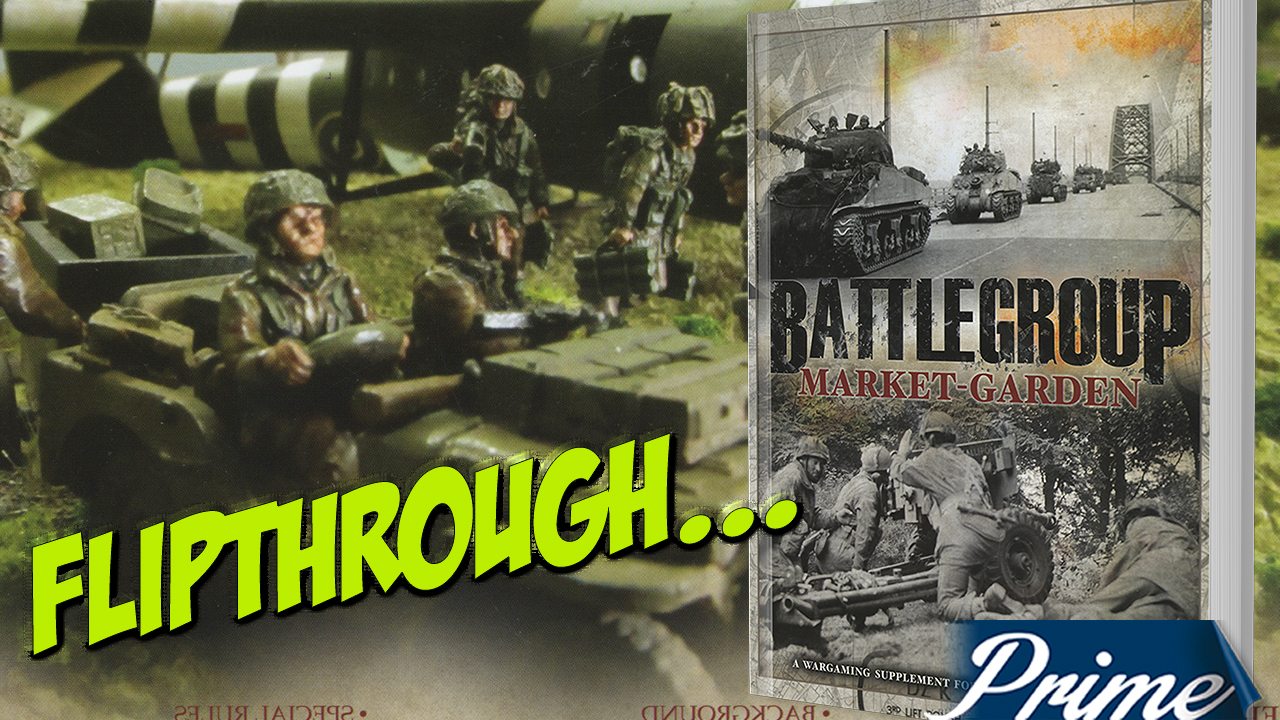 Iron Fist Publishing produce some excellent supplements for their Battlegroup rules system that strike the balance between key historical facts and tabletop gameplay with great style. Designed with 20mm figures and models in mind, this new supplement focuses on Operation Market Garden, the Allied plan to use a combination of airborne and armoured troops to make the push into Germany.

Billed as a ‘short’ supplement; a theatre specific guide to one particular operation in the wider war, this is a remarkably detailed guide to Market Garden. There is an overview of the forces involved, use of contemporary photographs and maps, and sidebars with information on particular elements, plus a day-by-day account of the major events during the op.

The special rules, individual army list sections and guidance contains a good overview of each force, covering the unit requirements and restrictions for each combatant’s force, the types of unit available, and the points cost for each unit.

There are new army lists for the British and American forces involved, plus alterations to the army lists previously published in Battlegroup Overlord that take into account the changes needed to field a German force for Holland.

A particularly interesting part of these and the other army lists in the Battlegroup family is the fact that players are actively encouraged to think like ‘real’ World War Two commanders, having to reach a balance of combined arms and logistics rather than simply fielding whatever they can. Of course, with so many model kits and figures being available in 20mm, it is easy to find almost every possible aspect of the army lists.

Following on from the comprehensive army lists, there are three scenarios intended for use at platoon level and above, ranging from two to multi-player games.

There is also a mini-campaign which allows for the re-creation of the battle for Arnhem Bridge, pitting the valiant British Airborne against the might of the Waffen SS. There are seven scenarios in the campaign, focused upon the key points in the struggle for the bridge and with full details regarding the awarding of victory points and how each ‘win’ effects the next game.

This supplement does an excellent job of covering the whole of this famous operation, with plenty of key details and gaming opportunities.

A lot of research has gone into this book, making it of historical significance to those looking for a shorter account of the events in one place. The balance between history and game-related information is sensibly done, and the use of contemporary and miniature photographs adds some useful inspiration.