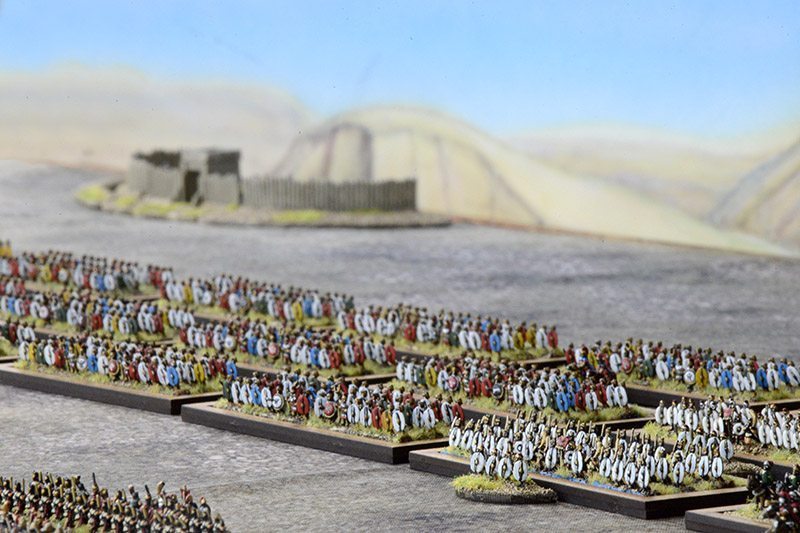 The subject battle is chosen a year ahead of the big day, with this years selection being the Battle of Pharsalus 48BC, a classic encounter of ancient history in which two heavyweight Roman generals; Julius Caesar and Pompey, clashed during what became know as Caesar’s Civil War.

Although the battle played is the same on every table, the rules aren’t and this year eleven different rule sets were represented, including one game which used two – both Hail Caesar and Lost Battles.

We will be featuring a full report on this year’s Battleday as part of our Julius Caesar theme in WI345, July. In the meantime here’s a few photographs from the event.

To The Strongest in 6mm – Pompey’s army

To The Strongest in 6mm. Caesar’s legions move in

Two games of Piquet – one in 2mm with a ‘zoomed-in’ version of the same game in 15mm taking place in the circles.