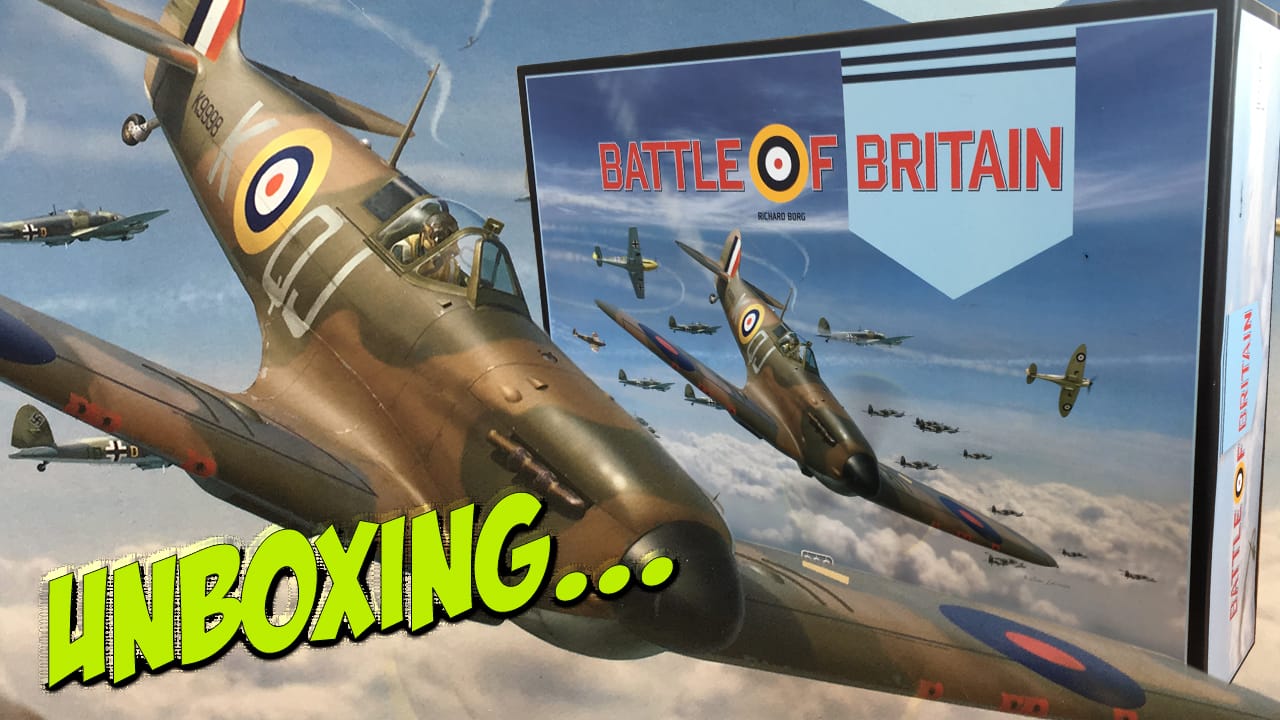 The re-vamped Battle of Britain game from Plastic Soldier Company takes Richard Borg’s original and brings it into the 21st Century. Packed full of game components, this is a great looking box from the cover art to the final game card.

The game is designed to simulate the ‘grand strategic’ level of the Battle of Britain, with whole fighter groups taking on the might of the Luftwaffe in a battle for the skies and the resources to keep fighting.

The first items we come to are the game organization sheets for the two forces, the 4 British RAF fighter groups and the German Luftflotte bomber and escort flights. There is also a German and British Production track, used to record the resources used and created during the game.

The punch cards and tokens are of high quality cardboard and appear very durable.

The rulebook is 39 pages long and is very clearly laid out with good use of graphics and examples to ease with assimilation.

A nice touch is the fold out map, printed on heavy duty board and similar to a RAF plotting table used to vector aircraft to intercept the enemy.

The game cards are divided into 48 RAF Squadron cards and 112 Luftwaffe Squadron cards, which are allocated to either fighter Groups or Luftflottes. There are also 50 Mission cards. All these cards drive the game action and events, used alongside the special dice to regulate combat and more.

Lastly, there are 22 plastic aircraft in the box, 12 British, with equal numbers of Spitfires and Hurricanes, and 10 German, 6 bombers and 4 fighters. The British are moulded in green and the Germans in grey plastic. There are also flight stands for each aircraft.

As the re-vamp of a classic board game, this is a top quality product. The components are both durable and integral to the game, with clear definition in the images used and some nicely rendered plastic components. With care, the whole package should offer hours of varied gameplay and offers a fitting tribute to those who fought in the dark days of 1940.