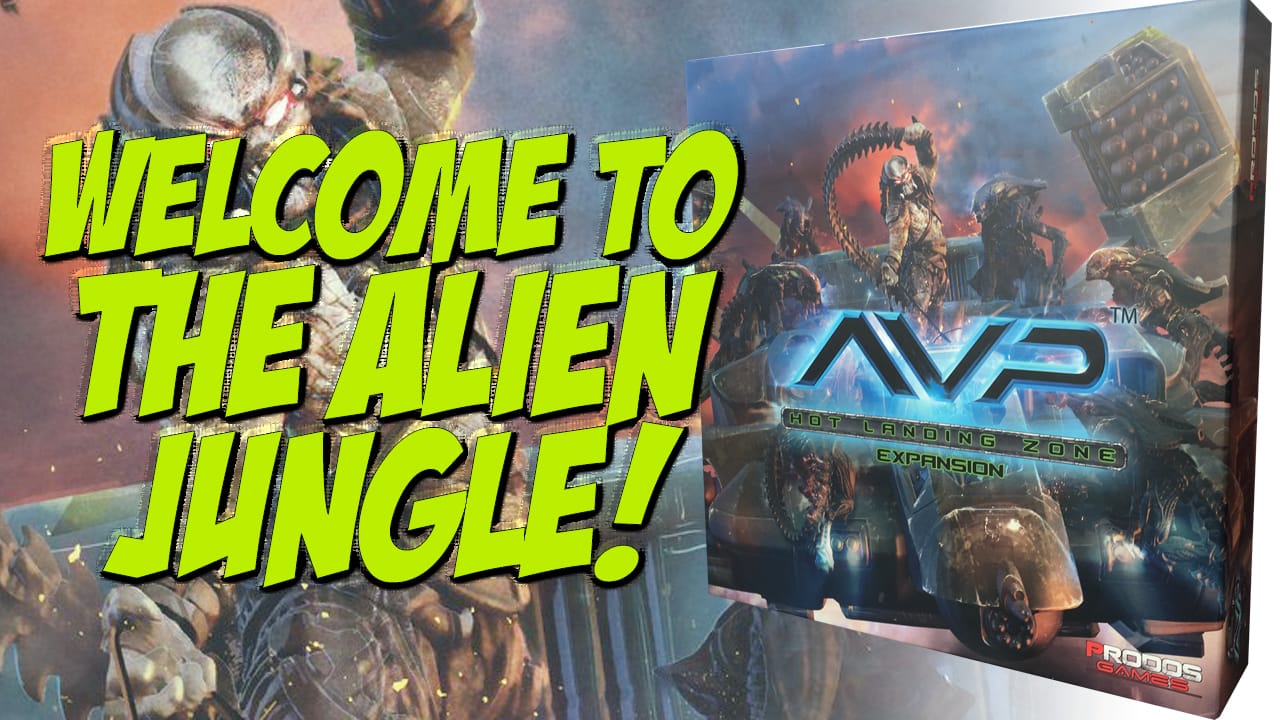 The latest Prodos Games expansion for their AVP game is Hot Landing Zone. This come in a small boxed set which contains rules, punchboards, resin miniatures and a series of jungle tiles.

Once you lift the lid of this slim box, you first come upon the rulebook. This is a 28-page softback book which is easy to access, uses stepped examples and has some great artwork. It contains not only the core rules but also 8 scenarios which can be combined to create a complete campaign.

Next are the decks of Character Stats, Strategy Cards and Event Cards which all have a function during the game. Again these are simple to use, functional but nicely rendered, and made from a fairly durable playing card material.

The all-important miniatures are next, with 5 human characters, 1 Synthetic character, 5 Alien Spitters and 1 Predator. All are highly detailed and cast in a solid resin, which means they are pretty durable.

The box and foam inlay itself is very well done, with suitable gaps for the miniatures and enough space for all the components to be carried around in the box from gaming session to gaming session..

This is a top quality product, with high production values and some variable gameplay. As an expansion to the core game, it offers some new and unique options to your gaming experience. Overall, if you’re a fan of the core game, this is well worth adding to your collection.