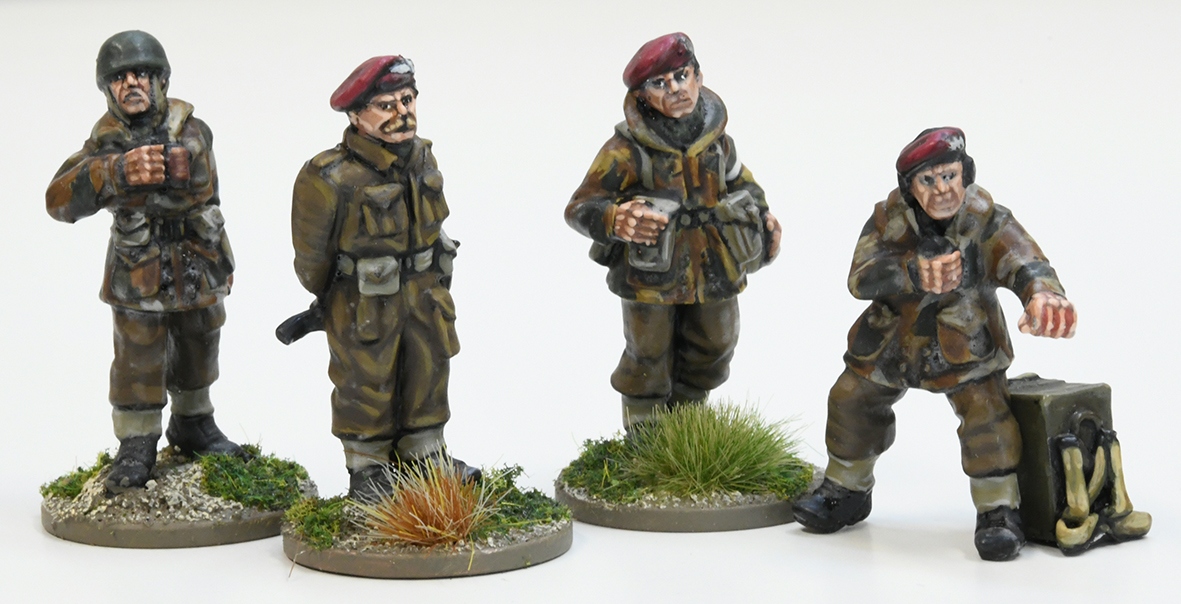 Artizan Designs have released a second/alternative set of figures for their World War Two Command Post. This diorama set is a combined effort between Artizan, Sarissa and Renedra.

To accompany the MDF ruined farmhouse Artzan originally provided a set of five 28mm figures representing: two senior officers, one medic, one radio operator and one motorcycle dispatch rider with bike. This new set of figures consists of: the same motorcycle dispatch rider with bike, a medic, two British Airborne officers and a radio operator – along with his radio. These last three are all wearing the archetypal British Para red/maroon (when painted!) beret.

As well as the building, Sarissa’s contribution to the set also includes a bicycle, table and chairs and gardening tools. Whilst Renedra provide the sandbags, which forms a partial perimeter around the building.

The whole piece can be mounted on a jagged base which comes with the building.

Whilst not essential kit, this Command Post would be a welcome addition to any World War Two, Europe, wargames table. Reminiscent of early Airfix ‘play sets’ it is bursting with character, and as the photos hopefully show, looks great when painted up and finished with tuffs and gravel.

The set of five British Airborne models for £15 makes for a welcome alternative to the five British infantry models already available.

The complete set with figures, building and other accessories retails at £30 and is available  from North Star Military Figures.