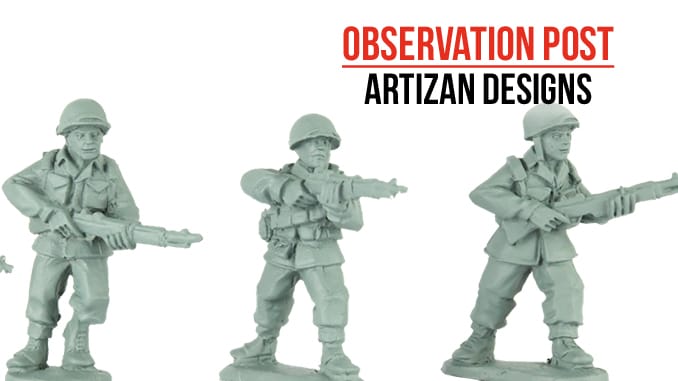 Artizan Designs, distributed by North Star Miniatures, have added three new packs of figures to their World War Two range. These are Late War US Infantry, armed with various weapons.

Each pack contains four figures in various poses. The figures wear the M1943 uniform and equipment. The first pack we have for review is US Infantry Rifles 1. The figures are largely depicted advancing, holding their weapons in different poses. They are all armed with the M1 Garand rifle.

The second pack we have is entitled US Infantry SMGs. These figures all have Thompson sub-machine guns and are in ready or advancing poses.

These are well sculpted figures from Mike Owen, a dependable source of quality miniatures. The popularity of the Late War period means these World War Two figures are sure to be useful o a number of gamers.