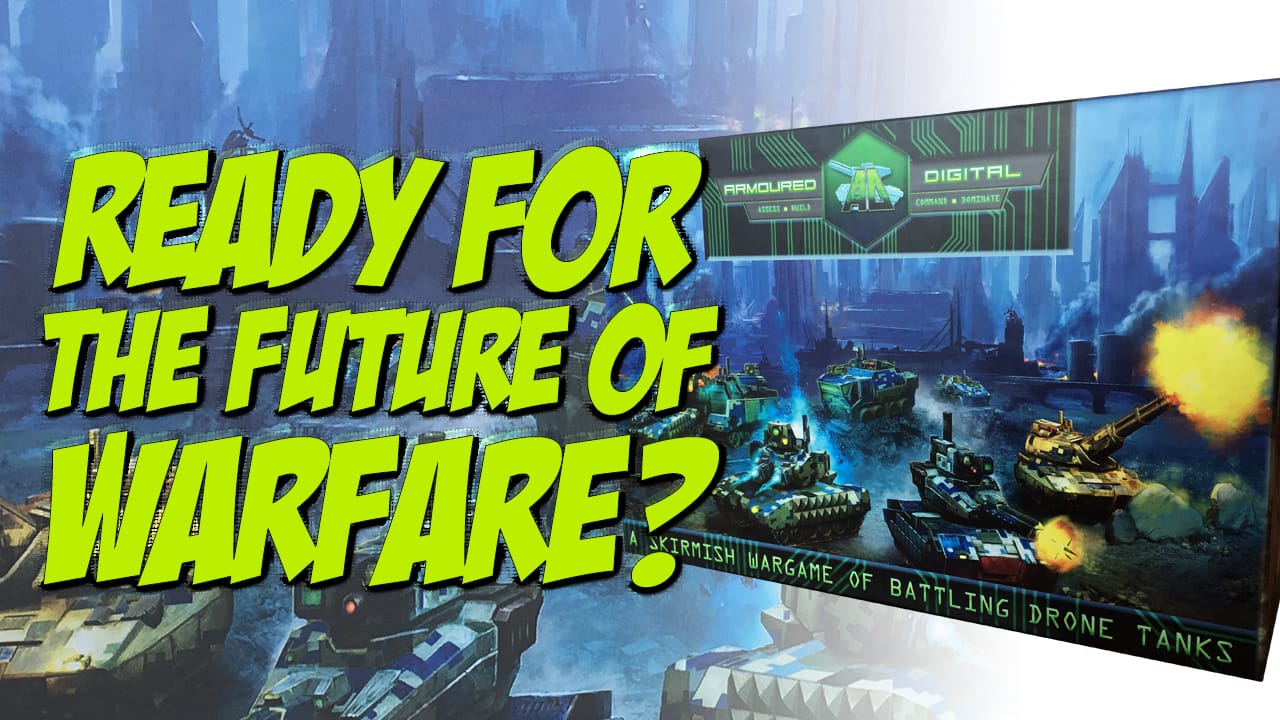 In amongst the new releases from a number of long-established companies, we discovered this two-player boxed set from Word Forge Games. Rules, miniatures and more all in one small box, this is a ‘quick set-up’, fast play game that is remarkably portable.

Lifting the box lid, we first come upon the main driving force behind the rules system, the decks of cards. These are dealt out and used to performs actions with your Drone ‘tanks’. There are enough multiples of each ‘action’ card to allow players to construct a varied deck of potential action cards, from launching and attack up to repairing damage that has been caused. There are also cards for each type of tank, and named characters who can act as ‘drivers’ for the tanks, each with a unique set of skills.

Next come the drone tanks themselves, eight resin miniatures which require some simple assembly. These are highly detailed miniatures, in approximately 1/300th scale or 6mm size. They obviously match the types of drones found on the unit cards.

Directly beneath the miniatures are the D6 dice and three A5 sheets of punchboard tokens. These dice are used to resolve combat and other requirements under the rules, with the tokens being used to record the actions undertaken by the drone tanks.

The last item in the box is the A5, 43-page softback rulebook. This contains the basic and advanced rules, are presented with plenty of examples and some gamer friendly layout options. Towards the back of the book is some background information on the ‘universe’ behind the game, including the various Factions which correspond to the character cards in the box.

This is an interesting concept, and a nice, compact set of rules. The gameplay would appear to have some longevity, and the whole idea makes for a quick ‘pick-up’ game for a club night or could work well as a tournament or convention experience. An interesting product, with some good ideas.