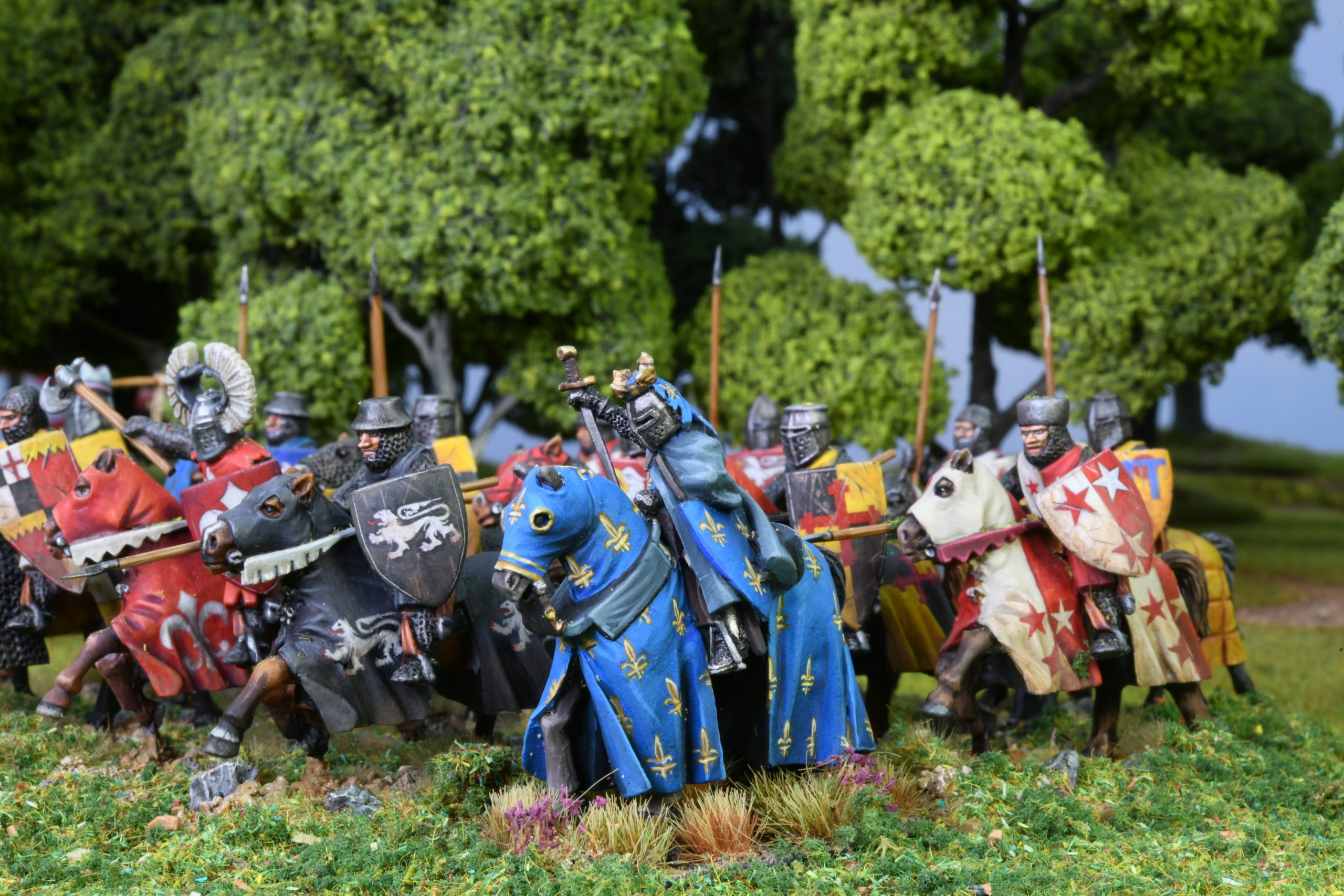 In the March 2021 issue of Wargames Illustrated magazine (Wi399) readers were treated to a great read about the use of heraldry on medieval figures and some great photos of figures.

We’re sure most readers were thinking “wouldn’t it be great if I could see these figures from all angles”, well hey presto! Here they are – some of the figures seen in the article, viewable from all angles.

Our WiPrime Members will be no strangers to ‘figures spins’ (as we like to call them) – become a WiPrime Member and see loads of spins of the figures we feature in Wargames Illustrated magazine.

A Gripping Beast ‘Later Crusaders’ Knight with gules and argent colour scheme, in a ‘party per pale’ field division.

William Marshal’s Bannerman by Footsore Miniatures, with a lion charger on his shield.

Two Gripping Beast ‘Later Crusaders’ Men-at-Arms, the one on the left carrying a quartered shield in gules and argent.

Two Gripping Beast ‘Later Crusaders’ Men-at-Arms, the one on the left is carrying a shield bearing a triple chevroned design.