A Dark and Bloody Ground 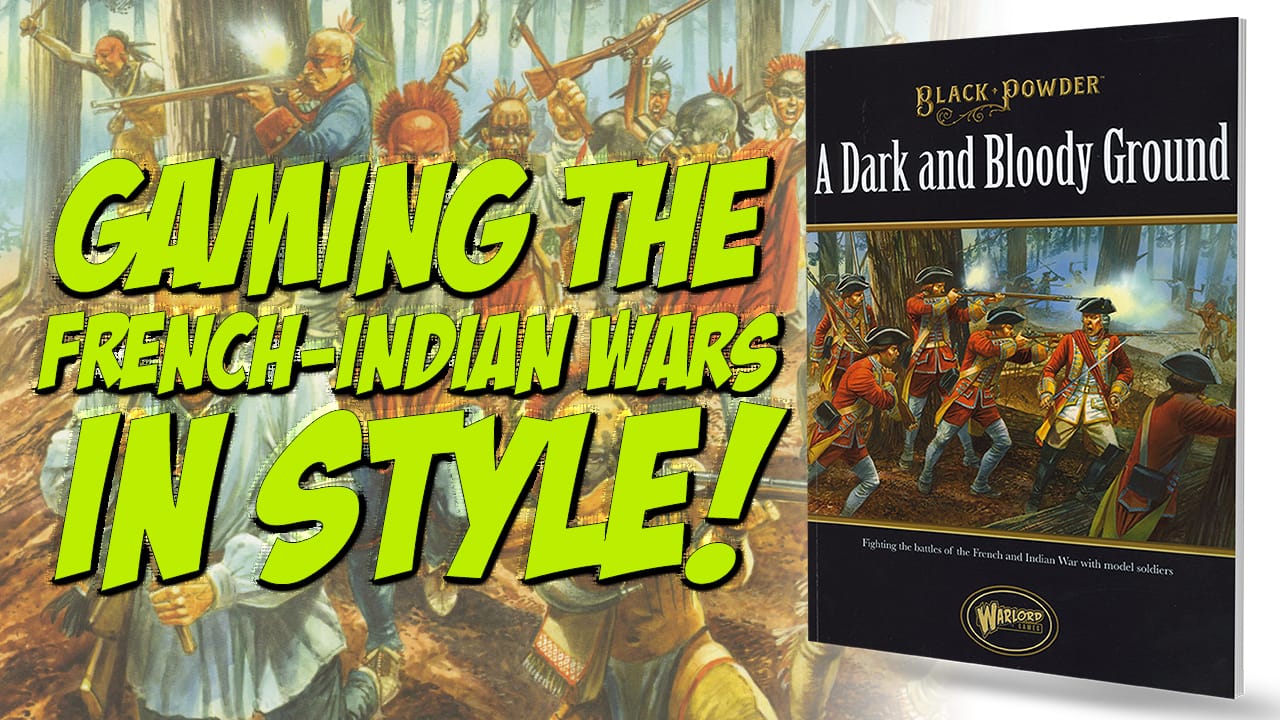 Warlord Games have added to the settings outlined for their Black Powder rules, publishing A Dark and Bloody Ground. Designed to showcase the French and Indian Wars, this 180-page softback book is focussed upon wargaming within this fascinating period.

The book presents basic historical information for battles in North America between British, Colonial, Native American and French forces. These battles are one facet of the Seven Years War, fought across Europe and across the known world. Each of the main factions in this vicious ‘sideshow’ to the larger war is outlined with a history of the region they possessed, and the appearance of the main troop types employed by them. A nice touch is the fact that the author has endeavoured to provide thoughts and materials to help gamers to get their figures onto the tabletop, providing uniform colours, the reality of troops on campaign versus the European ideal, and details of the actual regiments fielded.

The format mentioned above continues for the other factions, whether British troops, the colonial Provincials, Native American tribesmen and others.

A number of special rules and information is included. The Bateaux Men section introduces rules for Canoes and Bateaux, rules for creating and managing somewhat generic Native American tribal forces, and special rules for fighting within the close confines of the woods and forests of the period.

Having outlined the forces, added special rules and provided an insight into the setting, the book moves through the main battles of the Seven Years War in North America. This is done by outlining the battles, then providing a full scenario for each one, complete with maps, orders of battle, key personalities and more. Ranging from skirmishes to full European-style battles, there are 12 battles in total on offer.

After focussing upon the historical, the author offers La Petite Guerre, a campaign system which simulates aspects of the Cherokee War, up against troops from the British forces available to defend the settlers. This uses a suitable map, advice on running the campaign and set victory conditions for each side. Always useful, this is a nice, simple campaign system which would help to spur gamers on to make and collect basic forces.

A very detailed and ‘gamer friendly’ supplement, this is the perfect blend of history and gaming. The book itself is full of great photographs of well painted figures, and excellent artwork which really evokes the period. Easy to read, and well written, this is an excellent product which is both inspiring and informative.