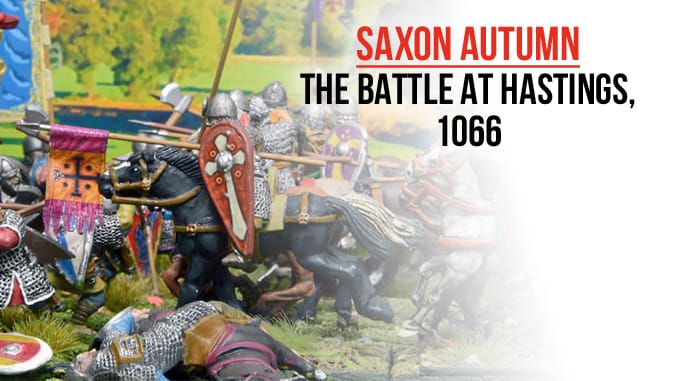 Today is the anniversary of the most famous battle on British soil – The Battle of Hastings.

Refought in miniature many times over the years by wargamers around the world, we would like to share this article by Nick Buxey in which he tells us about the Hastings demo game presented by the Like a Stonewall Wargames Group at Derby Worlds in 2016.