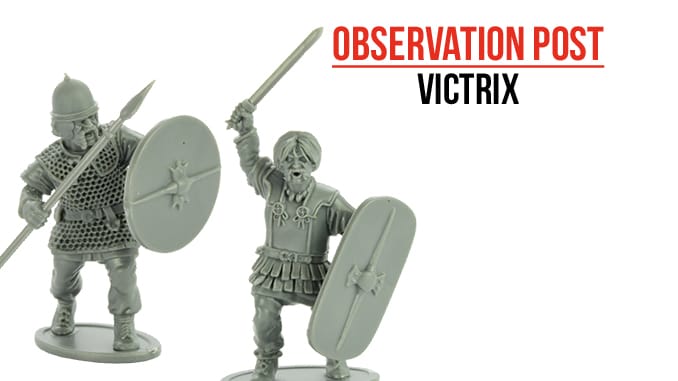 Following on from the release of their earlier Gallic: Warriors, Cavalry and Fanatics, Victrix have added a new set of 30 ‘Gallic Armoured Warriors’ to their “Ancients” range.

This set includes six unique frames of infantry, which feature separate bodies with legs, arms with spears, shields, a carnyx (horn), a couple of standards and seven heads on each frame.

With robust (but dynamic) bodies, these figures stand around 28mm from toe to eye, fitting in nicely with the rest of Victrix range, but looking bulky at the side of many other Celtic plastics and metals.

As we have come to expect from Victrix some great sculpts (I particularly like the legionary helmeted head with protruding hair) and great value for money – 30 figures for £24.95. Make sure you add bases to your order as these aren’t included in the pack.