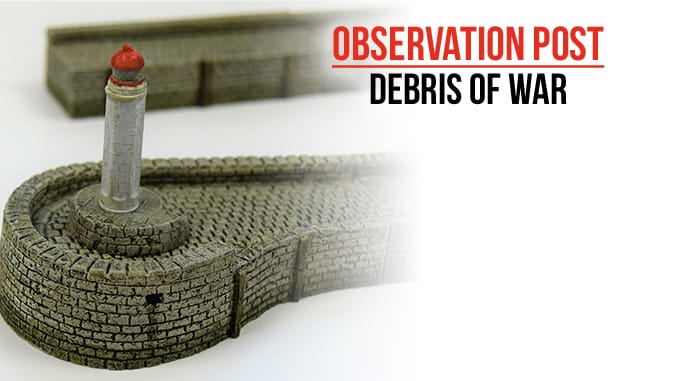 This new Harbour Set from Debris of War is designed with 6mm (1/300th scale) figures in mind, although it could be pushed to work with 10mm or even 15mm.

Formed from eight off-white resin sections, the harbour wall itself is 20mm wide and 15-20mm high, with a total length (when constructed) of 800mm (31’’).

The detail on the pieces is crisp and the stonework design vague enough to allow the set to be used from ancient to modern.

Extra pieces in the set include steps, two small lighthouses (you can choose round or hexagonal) and lighthouse steps.

Although the pieces fit together well, the perfectionist will want to apply green stuff or similar to the joins to make them seamless. Having said that, you would then lose the ability/attraction of being able to dismantle and easily store the set.

The Harbour Set retails at £40.