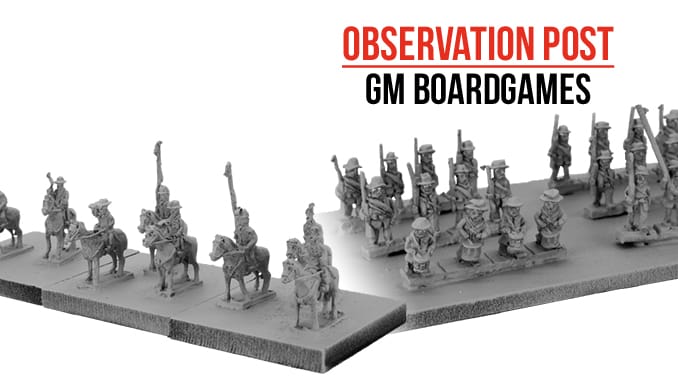 GM Boardgames, distributed by Bolter.PL of Poland, have a new range of 6mm miniatures for the American Civil War to accompany their rules system. The company specialises in miniatures and rules for the mid-19th Century, which are in the process of being fully translated into the English language.

The rule system is designed to cover the period from 1854 to 1871. The American Civil War 6mm range covers both sides, and are available in Corps, Brigade and Siege Artillery sets. The figures themselves include infantry, cavalry, artillery and Generals, available as metal or resin ‘strips’ of figures. The infantry figure options include Regulars, Zouave and Militia, and include skirmishing figures. The cavalry options include mounted and dismounted versions, plus some patrol figures. Lastly, the artillery options cover not only Napoleon and Parrot guns but also the large, siege artillery pieces that would most often be found in forts or other defensive works.

The figures themselves are well sculpted and have plenty of variety, with some fairly deep detail which would aid with rapid painting. Each set of figures comes with a set of suitably sized bases.

The range also includes a number of terrain pieces, buildings, bridges and fences, plus accessories such as flags, a turn clock and an army morale track.

The rules themselves and the figures available are definitely worth further exploration. The wider range also includes 19th Century French and British figures for those ‘What if?’ encounters, again catering for a multitude of options. We look forward to seeing the English translation of the rules once they are available.