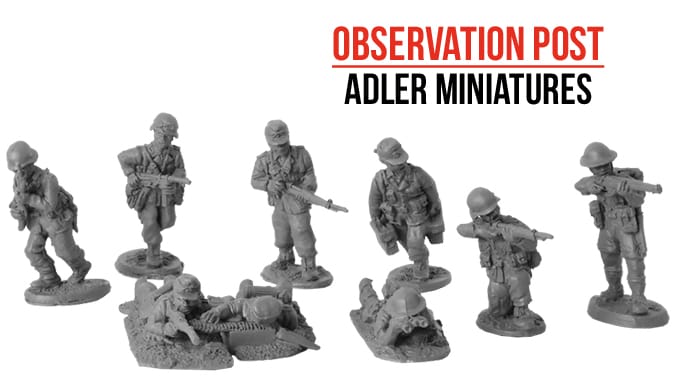 Plastic Soldier Company Metals have added yet more miniatures to both their 6 and 20mm ranges. These are intended to represent the 8th Army and Afrika Korps forces which fought in North Africa during the early part of World War Two.

The 20mm figures have a great sense of character with some suitable posing and accurately depicted weapons and equipment. The 8th Army figures are depicted in shorts and steel helmets, with most carrying the small pack from their ’37 pattern webbing. The Afrika Korps figures are equally well-sculpted, with either the classic steel helmet or field cap. Again, the equipment and uniforms are well rendered.

Moving onto the 6mm figures, we have a similar choice of subject, the 8th Army and Afrika Korps. Despite being so much smaller than the 20mm versions, these are equally as good, with weapons and equipment being easy to discern. The weaponry is a little fragile but the overall look is excellent, with some suitably active poses on each ‘strip’ of figures.

Plastic Soldier Company continue to provide some of the best figures on the market for two different scales. The level of detail is excellent, although it must be hard to maintain that standard at 6mm!