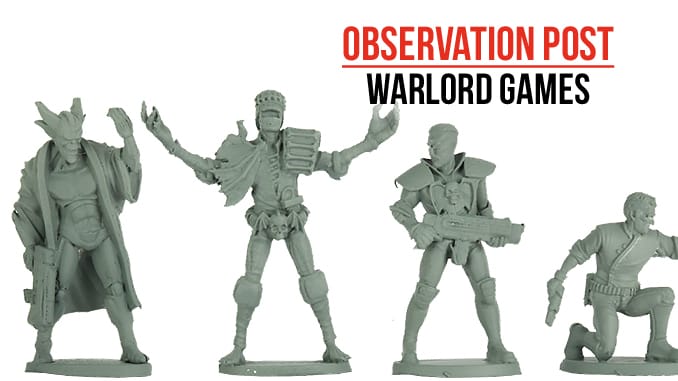 The new Judge Dredd: I Am The Law miniatures game covers the everyday madness of Mega-City One, millions of people, all potential criminals, with the Judges enforcing The Law. But occasionally, a threat appears that can challenge even the best that the Justice Department can offer, even Judge Dredd himself. This is where the new Arch Villains figure set comes in.

This set of figures features some of the most iconic and dangerous ‘baddies’ ever to grace the pages of 2000AD. Crimelord Nero Nacros, East Meg assassin Orlok, the evil Judge Death, the insane Judge Grice and the brutal Mean Machine Angel.

Each figure is an exact replica of the comic book version as featured in the Judge Dredd strip. Rather than focussing upon one particular artist’s impression, these have been 3D sculpted by Warlord’s team to have a consistent level of detail and scale. Consequently, they work together as a group, and with all the other figures in the range.

These particular figures are prototypes cast in metal, with the final versions being produced in the new ‘Waresin’ from Warlord Games. Apart from some small reservations regarding Judge Death’s face, the figures are excellent, and it is great to see how much effort has been taken to get them ‘right’.

These are the types of iconic characters that add even more options to gaming in the Mega-City. They are also part of the narrative fabric of the Judge Dredd universe, and their inclusion in the game includes game stats and a brief background. Always wanted to create your own part of the story with a cast of major heroes and villains? Warlord has you covered.