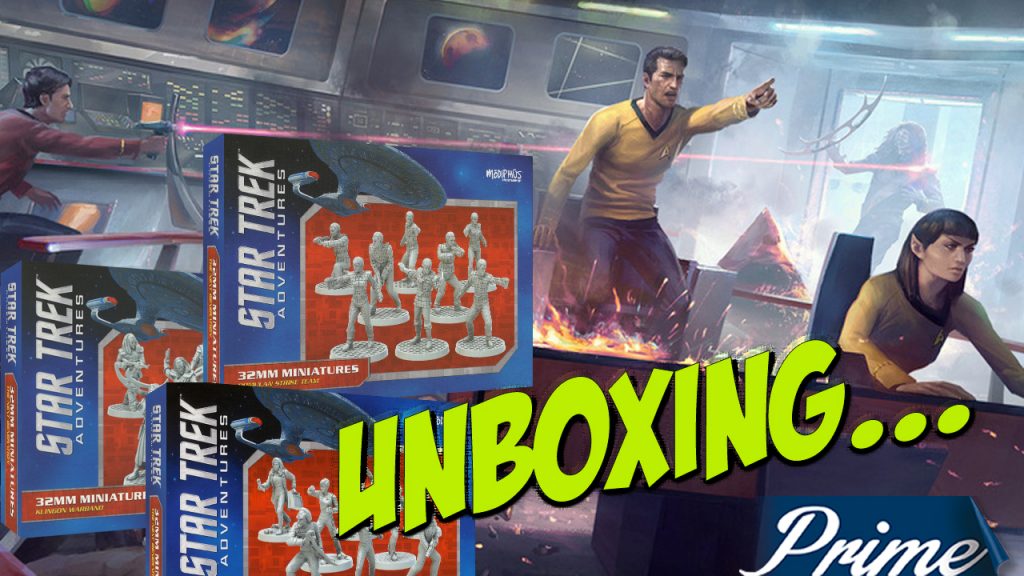 Ever since Modiphius Entertainment gained the licence to create a Star Trek roleplaying game, the company announced they would be producing miniatures. Well, they have been true to their word, firstly creating excellent likenesses of the crews of two versions of the Enterprise and two of the races who opposed them.

Each box of contains eight resin miniatures. Some require minimal assembly and all come with a suitably scenic 30mm base. The poses of the figures are all fairly active, they are all ‘doing something’, which adds to their usefulness on the tabletop.

In the Original Series Bridge Crew box, you get representations of the classic characters, including Spock, Kirk and McCoy. You also receive Uhura, Sulu, Checkov, Scotty and Nurse Chapel.

The Next Generation Bridge Crew also focuses upon the most widely recognized characters, with Picard, Riker and Data. Again, all your favourites are here, including Troi, Doctor Crusher, La Forge, Worf and even Natasha Yar.

In the Klingon Warband, there are 10 miniatures, representing more generic characters. There is 1 captain, 3 lieutenants and 6 warriors in the box, again requiring a little assembly. There are both male and female figures in the set, with most carrying the bat’leth close combat weapon.

The Romulan Strike Team also consist of 10 miniatures, and has a mix of male and females. There is 1 commander, 4 centurions and 5 uhlan warriors. These figures are all armed with Romulan style phasers, some with hand and some with rifle versions.

The fact that these miniatures are based upon actual images of the characters and races in Star Trek is fairly obvious. Some are not exact facial likenesses of the actors who portrayed the characters but that could be said of many licenced products. However, all are quintessentially Star Trek models, useful for roleplaying sessions and the rumoured forthcoming Away Team miniatures game.