32mm A Song of Ice and Fire Miniatures 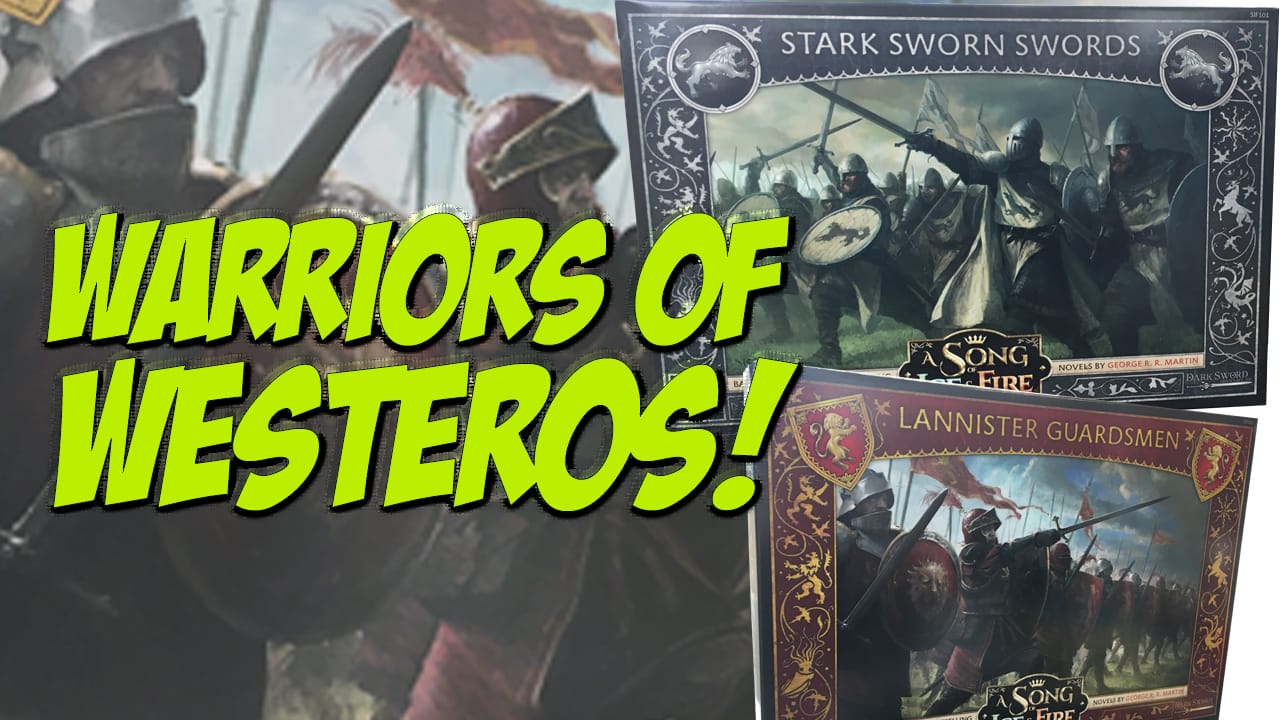 The A Song of Ice and Fire: Tabletop Miniatures Game places players at the heart of the saga found in George R.R. Martin’s novels. Of course, with such an epic story, your games need an epic cast of thousands, and that’s why CMON and Dark Sword Miniatures have come together, via our friends at Steamforged Games, to release more fodder for the battlefields of Westeros.

We have two boxes of miniatures that have been sent our way, representing the unsung ‘rank and file’ rather than the heroes and characters of the novels.

Firstly, we have the Stark Sworn Swords unit box. This contains 12 miniature Sworn Sword figures and 1x Sworn Sword Captain Miniature, nestling in a plastic inlay with a Movement Tray placed above them. These are one piece plastic figures, with an integral base, and moulded in a suitably wintry grey plastic. The standard figures are repeated a number of times but the standard bearer and captain are unique.

Directly beneath the Movement Tray are the game cards, namely one Sworn Sword Unit Attachment card, and all the associated Unit cards. These have some nicely done artwork and are simple to use.

The second box is entitled A Song Of Ice and Fire: Lannister Guardsmen. The same spread of figure types is here, albeit moulded in ‘Lannister red’ plastic. These figures are more lavishly dressed and equipped than the Stark soldiers, as befits their Southern tastes and the great wealth lavished upon them.

These figures are very well sculpted and moulded, need no assembly, and may be used unpainted if desired. The level of detail is very good, and, even though they are ‘file fillers’, there is a good sense of character in each of the poses. Useful for general fantasy or even historical gaming, this range of miniatures is worth checking out for those looking to build an army quickly.