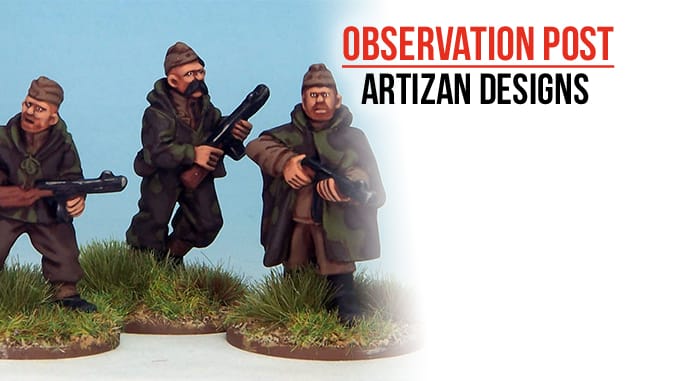 The first pack is SWW415, a Soviet Scout Command team. There is an officer in peaked cap holding a map, a figure kneeling holding a PPsH 41 SMG, a figure standing with binoculars and a kneeling radio operator.

The second pack contains four standing figures in various poses, all armed with PPsH 41 SMGs. They wear the camouflage combat overalls issued to this troop type during the course of the war.

The final pack consists of four figures in a range of poses, one with raincape and one with a scoped sniper rifle and hooded camouflage suit.

These are well sculpted miniatures, as is expected from sculptor Mike Owen. They fit in nicely with the current crop of miniatures from the company, and would be relatively simple to paint.