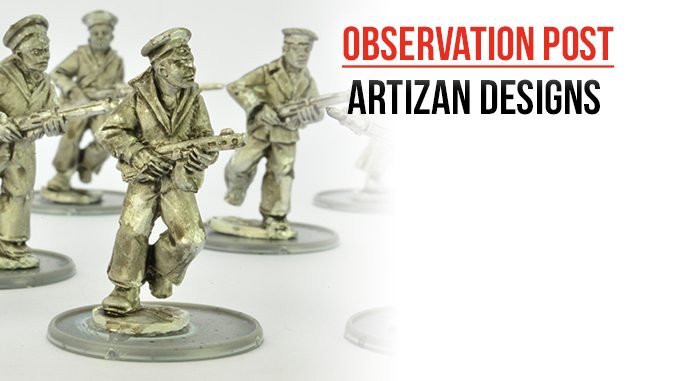 Artizan Designs produce a range of different miniatures for World War Two, under the auspices of North Star. As most of the main combatant nations are more than adequately covered, the company is able to offer some of the more diverse troop types.

The latest offering is a pack of ten Soviet sailors, six with Mosin-Nagant M1891/30 rifles and bayonets, one with a PPsh 41 SMG and the other with a DP-27 LMG. Over 350,000 Soviet naval personnel were used as Marines during World War Two. They were nicknamed the ‘Black Death’ by the German soldiers who faced them in Sevastapol, Leningrad and Stalingrad, and had a reputation for fierce fighting – especially at close quarters. 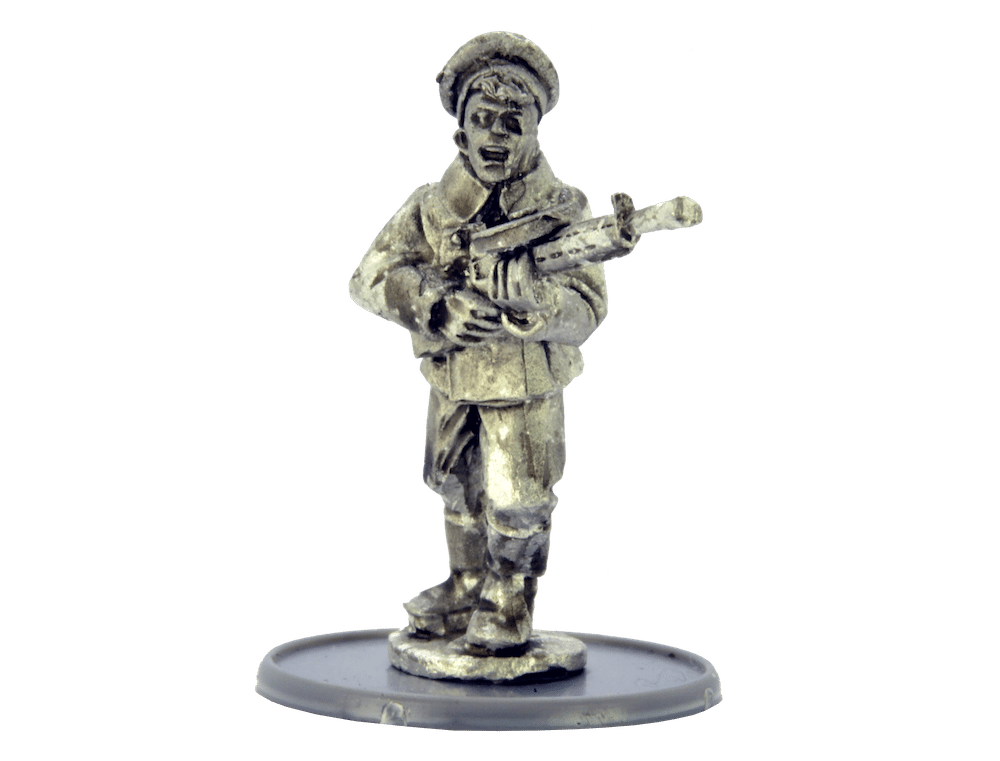 These figures are attired in the standard uniform of the Soviet navy, some with the pull over blouses and others with ‘peacoats’. One of the figures sports a Russian infantry helmet. The miniatures are posed ‘at the charge’, pushing forwards to bring death to the German invaders. However, given that the Mosin-Nagant and the DP-27 were in service from 1891 and 1928 respectively, you could use all but one of the miniatures for service during the Inter-War period

These are a great addition to the Artizan range and are perfect to represent these hard fighting heroes. Given the breadth of the different nations that are available, any World War Two player would be advised to visit the North Star website and take a look.