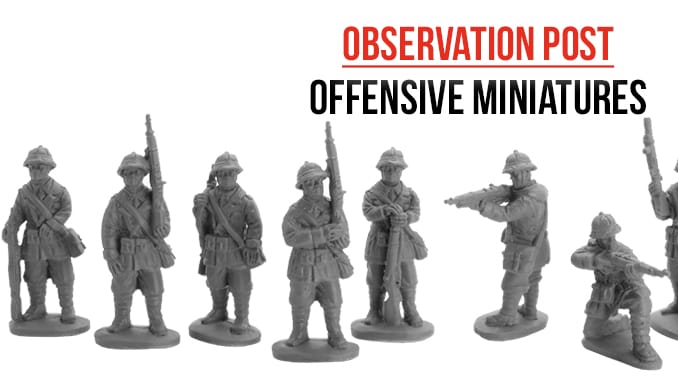 Offensive Miniatures have a whole variety of different ranges, including Napoleonics, Near Future and more. They also have a number of packs for World War Two that offer a nice variety of troop types for a number of theatres and aspects of the war.

Known as the ‘Elite’ range, the World War Two orientated packs we have comprise of two from the late war ‘Defenders of the Reich’ and some Italian infantry which could fit into the war in the Western Desert or North Africa in general.

The first batch of miniatures, the Italian Desert Infantry, consists of 11 figures in a number of poses. Some appear to be based upon an earlier set of miniatures, a number of Italian sentries with rifles grounded or being carried at shoulder arms. All wear the sun helmet of the early war period, apart from an officer figure in a side cap. There are firing and carrying poses in the pack but most are depicted as standing rather than looking overly active. The weapons and equipment are accurately presented, and a nice touch is the NCO-like figure with a sub-machine gun. 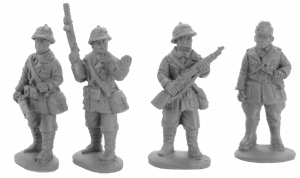 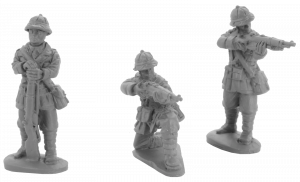 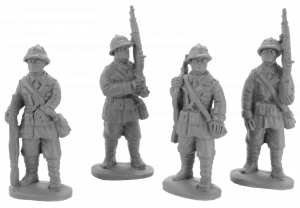 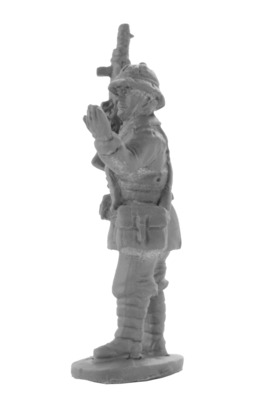 The second batch of miniatures is a 6 ‘man’ Hitler Jugend Anti-Tank team. I use inverted commas for man simply because these miniatures really capture the youth of the doomed lads who were brainwashed and forced to fight seasoned Soviet troops in the Battle for Berlin. Most of these figures are depicted kneeling to fire their only firearm, a one-shot Panzerfaust launcher. One ‘lucky soul’ carries a rifle and all the boys have a dagger but that is all. An interesting pose is the scared looking lad sitting to fire his weapon, plus there is also a young feller standing with a Panzerfaust under each arm. The youthful appearance of the figures is a poignant reminder of just how far the Third Reich stooped to defend a lost and hopeless cause. 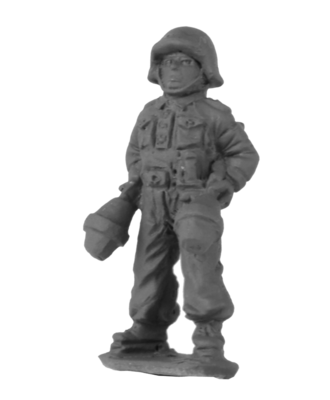 The last pack of figures are a group of 10, perhaps again part of that ‘Last Levy’ of the sick and injured pushed forwards to engage the Soviet steamroller. These are slightly better armed than the Hitler Jugend, with a mix of Panzerfausts, a Panzerschreck, an MG34, a rifle grenade and rifles. Most of the troops wear greatcoats and helmets, which was often the only uniform available for these men. The poses are all fairly active and ‘in combat’, either standing, lying prone or kneeling to engage the enemy. All have an armband, suggesting that they could be used as Volksturm, the ‘Dad’s Army’ of Germany, in more civilian clothing, rather than Volksgrenadiers, a unit of ‘real’ soldiers with a hard core of veterans. 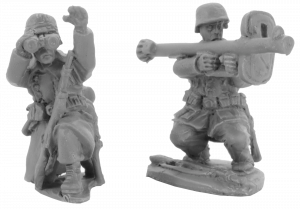 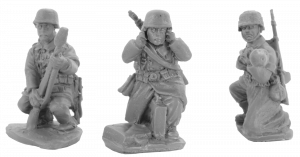 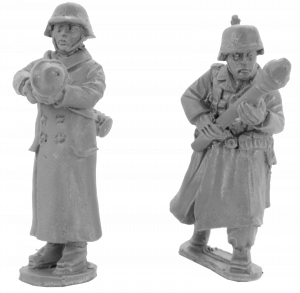 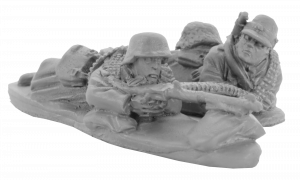 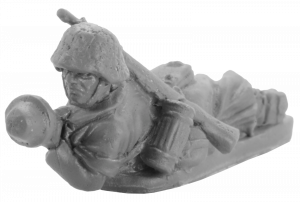 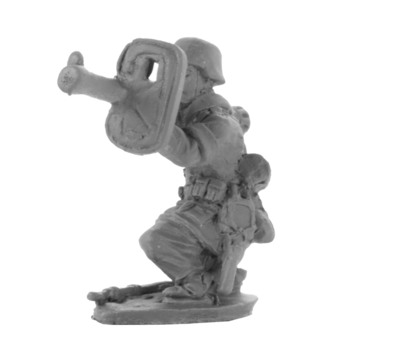 All of these figures are well sculpted and a just three packs from a range that includes Afrika Korps, LRDG, German Paratroops, US Airborne and even more Defenders of the Reich. The decision to package them as multiples means that it is relatively easy to build up a force quite quickly. Offensive Miniatures also offer bundle deals of whole platoons or more, complete with unique ‘freebie’ figures. For those looking for something different to other styles of miniature, at a reasonable price, a visit to the website is a must.