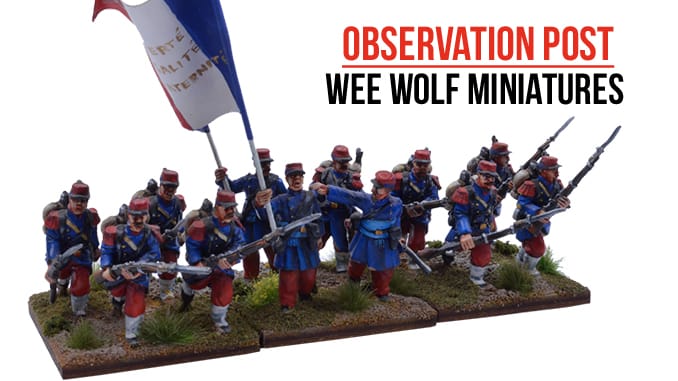 The current range encompasses 7 packs, either packs of 4 figures or unit deals consisting of 24 figures. These are high quality sculpts with some great attention to detail in terms of uniform and equipment. The four figure packs consist of Fast March Attack, Advancing Trail Arms, Advancing Port Arms and Infantry Command.

The majority of the figures are in full pack and on the move rather than firing, making for some reasonably dynamic posing. The command pack consists of three officers and an NCO. Two of the officers are posed to carry standards.

The company also has ranges of figures for World War One on the Eastern and Southern Fronts, the Great Northern War with Russian and Swedish packs, a burgeoning fantasy range and a small science fiction offering.