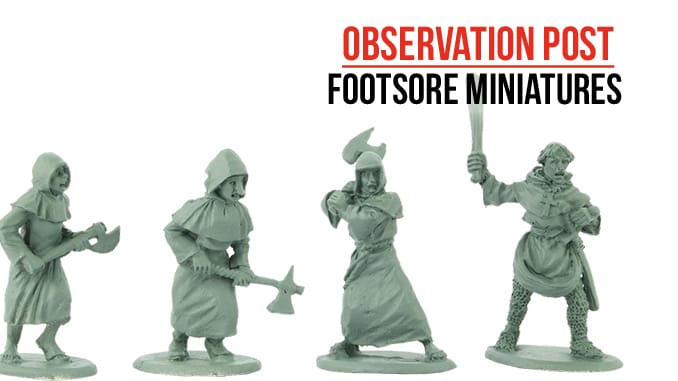 Footsore Miniatures have added more packs to their Later Dark Ages range. These are warrior monks or Milites Christi which can be used for both the late Dark Ages or Medieval periods.

The Warrior Monks with Cross set contains four figures, acting as a command set. There is a figure in conical helmet wielding a longsword, a cowled figure with mace and two figures carrying crosses, almost acting as standard bearers.

The second pack consists, Warrior Monks with Hand Weapons, of four more robed monks.  Three of the figures wield double-handed axes, whilst the last wields a club, with chainmail breeches and sheathed sword in evidence. The figure also has a lug for placing a shield on his left arm after painting.

These are well sculpted figures, and fairly unique amongst the monastic miniatures currently on the market.  Far from being helpless members of the lay clergy, these versions seem like they have the weaponry and skills to take on those who offend them and their God.