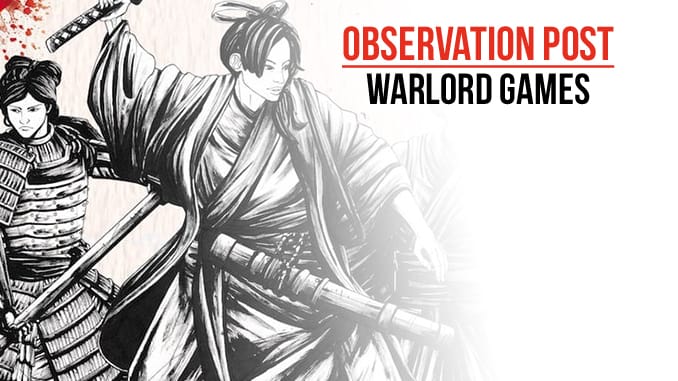 The Test of Honour game contains a wealth of Samurai and ashigaru warriors for use with the rules. Recently, Warlord Games have added a female faction to the game, the trained warriors left to defend many a village or stronghold once the men had marched away to war.

This boxed set contains 7 metal miniatures, armed with a mix of Naginatas, bows and a potential leader with a katana. All the miniatures are posed in a suitably dynamic style, ready to defend their homes from bandits and wandering Ronin. The flow of their robes and detail on the armour makes these look like the highly trained warriors they were rather than objectifying them.

Included with the set are 18 gaming cards, 6 for the Onna-Bugeisha in game terms, and the rest generic cards for use in the game. There is also a ‘Summer Campaign’ booklet, with not only some information about these defenders of home but also 7 scenarios for the game. Lastly, there are two special movement bases, designed to speed up the game.

These are well-sculpted figures for an unusual subject, which are nicely done. They would be useful not only for Test of Honour but any player gaming during the Shogun era.