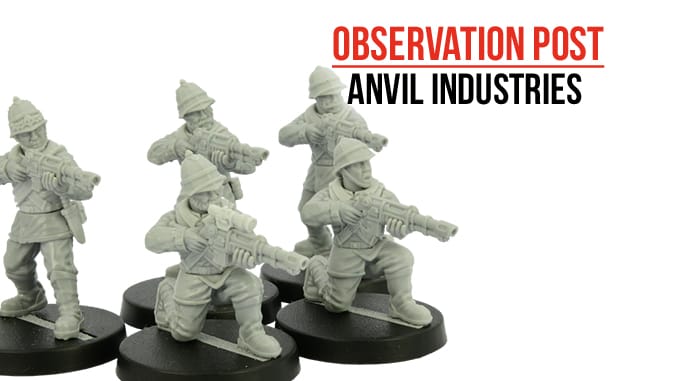 Anvil Industries continue to add more multi-part figures to their Regiments range. some of their most recent releases are a Victorian Science Fiction-style firing line, robed cultists and officers in dress uniforms. 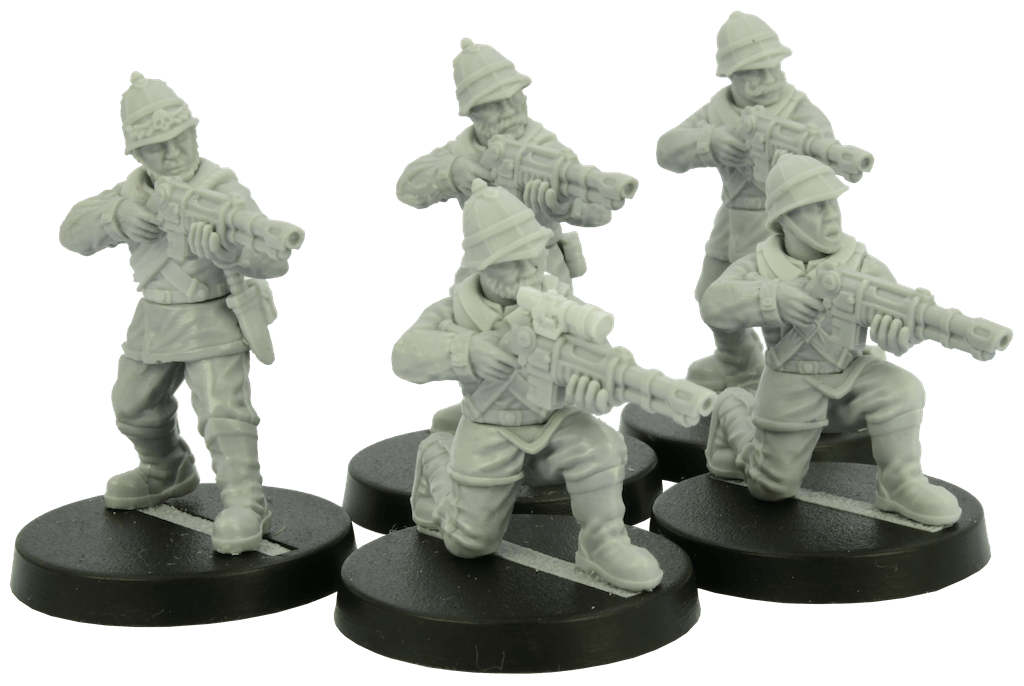 The firing line enables the construction of the classic ‘volley fire, present!’ kneeling and standing poses seen in colonial gaming. Provided with pith helmeted heads, some sporting fine moustaches, these could function as British colonial troops. However, the addition of the sci-fi rifles clutched in the paired arms lift these from the ‘standard’ historical background and cast them as alternate history troops or those from a far future. Even with round bases, these fit together to stand ready to fire against the advancing enemy. 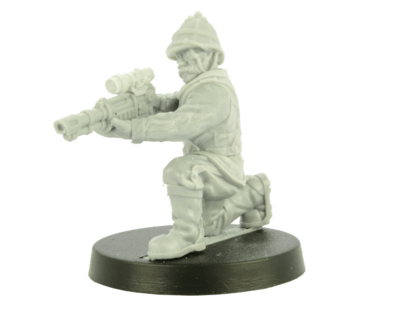 In contrast, the robed cultists need just a choice of cowled heads and weapon arms to be from almost any setting. They could function just as easily as pulp era cultists, modern or Post Apocalyptic fanatics or followers of a futuristic dark god. There are a number of possible poses such as firing, kneeling or advancing, with matched pairs of arms in suitably voluminous sleeves.

Finally, there are the new officer parts, with torsos in dress style uniforms and long coats. A selection of heads with various examples of headgear are also here, allowing you to theme the officers to the regiment you are creating. Weapons are varied but can be the same as the troopers themselves or themed around swords, pistols or similar close combat weapons. 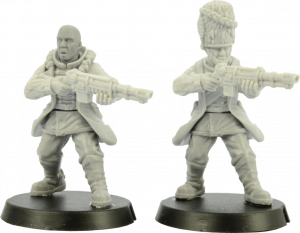 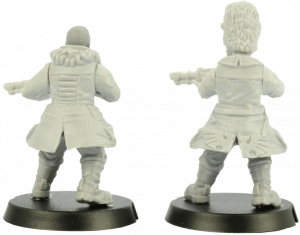 Once again, Anvil Industries have added even more options to one of their already popular ranges. The Regiments system allows you to mix and match from a whole raft of different parts to build almost any possible type of warrior. The combinations are endless, and you can custom build or buy packs of pre-matched parts to put together a particular unit. Given the dearth of choice currently offered by some of the larger sci-fi gaming companies, these make a great alternative for those looking to field the true bulwark of Humanity, the ordinary infantryman who faces all enemies whatever their origins. 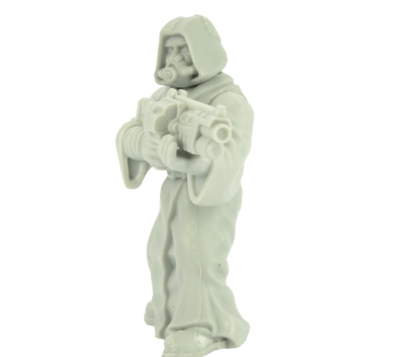