28mm US Marines In Vietnam 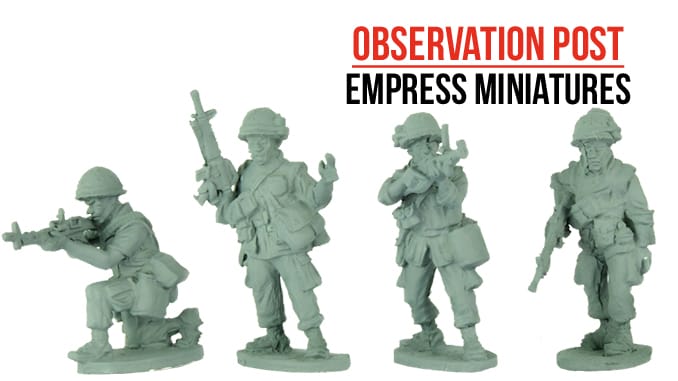 Received for review were three packs. All the poses, equipment and weaponry are based upon available photography from the Battle of Hue in1968, part of the infamous North Vietnamese Tet Offensive, launched during a national holiday for maximum effect.

These figures could also be used to represent any members of the USMC during the period from 1967 up until1975 and possibly for a number of years afterwards. Sculpted by Paul Hicks, these are excellent figures, with evidence of good research and a real effort to show what the ‘men in the field’ looked like.

Cast in high quality pewter, these are top quality miniatures for a war that seems suddenly popular for UK miniature manufacturers to cover. Many, many more packs are planned for this range in the coming months, expanding from US Marines to their South Vietnamese allies, NVA and Vietcong enemies and even a planned range of ANZACs.