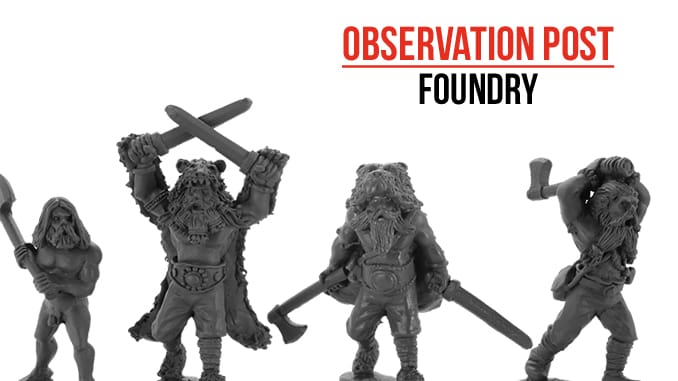 Making use of their extensive back catalogue, the team at Foundry have created 3 and 4 point Dark Age “Starter Warbands” which they are billing as being “suitable for SAGA”. So far they have Vikings, Saxons and Normans, with more on the way. You get between 20 and 30 miniatures in a set including; command, bases, shields and spears.

Received for review was the 4 Point Viking Starter Warband. On average, you get between 20 and 30 miniatures depending upon the box chosen. Each set contains a Warlord, elite troops such as the Berserkers or equivalent, better equipped, professional warriors like the Hirdmen, basic warriors like the Bondi and even casualty figures. All the boxed sets contain suitable bases, shields and spears.

Foundry appear to be coming to the SAGA party a little late compared with other companies who have been offering similar ‘Warbands’ for a while, and most of these figures are from their 25mm period, so may look a little small compared to the official SAGA line from Gripping Beast, but individually they are all good sculpts and will fit in well with other Foundry figures in your collection.